News Straight from the Corey Hotline 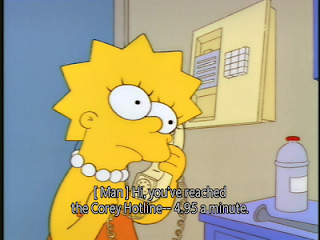 Dockerty Cup match against Northcote
It has been scheduled for Queens Birthday Monday - that is Monday, June 10, at 3:00. Bit of a shame, as I was lined up to do a guest report on another blog, which would have required my being at the Melbourne - Collingwood AFL game, but such is life. We'll be at South, of course, just in case anyone was in any doubt.

Knights officially out of NPLV, Green Gully follow suit
It was hardly a secret, but it was nice to see both these teams make it official. Knights put out a press release to go with it. While it's pretty obvious that the vast majority of clubs from the western suburbs have indicated they're not interested, unfortunately the local press here has focused more on the opinions of the coaches of teams such as Werrribee and Yarraville. I want to hear from their committees.

I would also like to take this opportunity to thank the Melbourne Knights for including South of the Border in their press release mail out. It made us feel closer to being a real journalist than any amount of FFV media passes ever could.

So who's in?
Surf Coast and Ballarat Red Devils look like they're putting their hand up. Some Geelong consortium is also apparently interested. Not sure about metro clubs, and that includes us. There was a rumour going around that we'd somehow actually managed to wrangle all of the concessions we'd wanted. Then there was an smfcboard rumour that we're ready to announce we're pulling out, supposedly to be release tomorrow evening. All that amid the confusion among our supporters, some of who are 100% anti, some reluctantly for, others who want to hedge their bets, and the rest just waiting to be told what to do.

Socceroos to train at Lakeside for Melbourne camp
How about that? Apparently some talk abut being able to register to meet them, whatever that means, though I'm not. Of course it's provided an opening for the jokesters