Pascoe Vale vs Melbourne Knights – Friday 28th March, 8.30pm, Hosken Reserve
The Knights had an excellent result at home to Northcote City last round. Northcote played the suspended Trent Rixon, and as expected nothing has been done (more below). Covarrubias was the star of the show and missed a penalty which would’ve been his hattrick. Should he have taken the penalty? Some say yes, others say no because it put the Knights into a bit of a shit. I for one would say yes. He was on a high, and who better to take a penalty that a player whose adrenaline is going through the roof at that moment. I have been privately mocked via email about my prediction that the Knights will do well this year and probably end up winning it. But to those emails I say a big FUCK YOU. I’m the KOD and you’re fucking not. Pascoe Vale surprised me as to how poor they were last round at Hume. This unfortunately will continue this week. Pascoe Vale 1 – Melbourne Knights 3.

Oakleigh Cannons vs Heidelberg United – Friday 28th March, 8.30pm, Jack Edwards Reserve
Oakleigh struggled up at Goulburn Valley last round. The home side had their chances but never took them. Un-fucking-lucky I say to that. Oakleigh got the all important early goal and came away with the three points in the bag. The Bergers were woeful against South. Actually, worse than woeful, pretty shit, the Bergers we all know pretty shit. They were a rabble. Unorganised at the back, slow in the midfield and poor up front. Their squad is about four years old. What I mean by this is, Katsakis has built a squad of has-beens who played their best football about 4-5 years ago. The Greek derby somewhat, with a crowd of about 300 people expected. Oakleigh Cannons 2 – Heidelberg United 1.

Goulburn Valley vs Ballarat Red Devils – Saturday 29th March, 6.30pm,  McEwen Reserve
The Willy Wonka derby. The golden ticket winners. This match is of no interest to me whatsoever. Who can really be necked giving a preview of this shit. Fingers crossed the game gets postponed and the Devils have to make it back to Ballarat in that ‘Gold Bus’ that takes them everywhere, two weeks in a row! Goulburn Valley 2 – Ballarat Red Devils 4.

Dandenong Thunder vs Green Gully – Saturday 29th March, 7pm, George Andrews
The game to be at on Saturday night. Did Dandy struggle against Port, or did Port struggle against Dandy? That is the question here. Can I answer it? Yes I can. Will I answer it? No I won’t. CBF majorly. Anyhoo, Dandy is looking OK I suppose. Much improvement needed if they are going to be any real threat this year. Gully had an easy match at home to Werribee City. Two goals each side of the break was enough to discard of the Bees. Good result as Werribee are an unknown quantity at the moment. But Gully as always are looking good. Dandenong Thunder 1 – Green Gully 1.

Werribee City vs Hume City – Sunday 30th Match, 3pm, Galvin Park
Is Werribee out of their depth this season? Yes, after one match I can confirm that Werribee is in fact out of their depth. They will drown very quickly. Green Gully attached the anchor, and Hume will drop them off the NPL ship. This will all end in tears for Werribee on Sunday. Hume will absolutely hammer them. I will be at this match. Hume is looking good. I sacked the intel guy who told me before round 1 that they are a rabble. I’ve employed a new guy and he has given me the heads up that Hume will be strong. After running some complex algorithms I have come to the conclusion that the score will be Werribee City 0 – Hume City 5.

Northcote City vs Bentleigh Greens – Sunday 30th March, 3pm, John Cain Memorial Park
Northcote played a suspended Rixon last round, and no I will not let it rest until some integrity is brought back into this competition. What a shambles. Good to see they still lost at Somers Street. Absolute rabble of a team so far. My sources tell me that they are a shadow of last season's team and it will take them some time to gel. Bentleigh on the other hand is yet to play after their match against the Devils was postponed due to bad weather. My sources tell me that there will be two A-League scouts at this match. I know who they will be looking at, but I cannot say it yet. I will release this info once I’m given the green light. *hint, not the blue one* Northcote City 1 – Bentleigh Greens 1.

Port Melbourne Sharks vs South Melbourne HELLAS – Friday 28th March, 8.30pm, JL Murphy Reserve
What a match this will be. Expect a sellout. Get to the game early as parking is very limited. Have your FFV passes to piss off the ticket guys. FFS if I get harassed one more fucking time by the old guys at the gate about my FFV pass, I will be lodging an official complaint with the FFV. What don’t you people get? An FFV pass gets you entry for FREE. Just because you have no fans and your wage bill is excessive, does not mean we need to pay. The pass holders are guests of the FFV and shall be treated as such. End rant. Port Melbourne let a two goal lead slip against Dandy last round. HAHAHA, jokes of the highest order! South on the other hand is a team to be envious of. We held our 0-3 lead at the Bergers and should’ve had more. South is a team oozing talent. South is a team everyone wants to be a part of. South has the best playing surface, best facilities, best coach, best board, best fans, best scoreboard, best forum, best kit, best backoffice staff, best phone number, best location, best president, best merchandise guy, best running track, best grandstand, best barcode scanner, best ex-board members, best TV show, best radio show, Oceania team of the Century and fucking excellent porn knowledge amongst its fans! We know a porno when we see one! Port Melbourne 0 – South Melbourne 5.

FFV and their suspensions list.
I received an email last week, and after confirming the details, issued a stop press to all media outlets in regards to Trent Rixon of Northcote being suspended yet playing against the Knights. If the carry over suspensions list is looked at here (bottom of pg 15), one will see that Trent Rixon was in fact supposed to be serving a carry over suspension from a match between Northcote City and South Melbourne at the end of last year. Now all the sooks on soccer-forum came up with the wildest excuses: 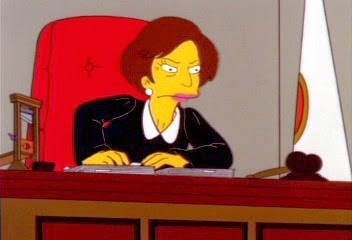 Both the above clauses relate to this case. So after all the twittering and re-twittering last week of this incident, has the FFV done anything about it? Unfortunately, no. This just throws the integrity of the competition into disarray. Some dicks were saying “it’s up to the Knights to lodge a protest”. Yes, you’re right, however, what is the whole point of having discipline in a competition when it’s not implemented by the federation which wrote the rules? Why is it the responsibility of the other team? That is just bat shit crazy. Hypothetically speaking, and by God, I hope this happens, teams can get together, make a gentleman's agreement that both will play suspended players, and neither will lodge a protest regardless of result, and the FFV does nothing about it. Pretty fucking sweet competition if you ask me.
Posted by Paul at 27.3.14