Scotch Watch
A big win for South last week coupled with a big loss for the Greens sees the Kiss of Death open up the gap on its opponent. 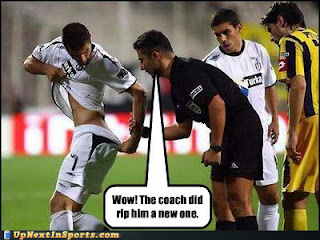 Bentleigh Greens vs St Albans
The rumour mill has begun. John Anastasiadis to be taking over Bentleigh after this week's match. Regardless of the result, he will be taking over from Andy O’Dell. Will this move save Bentleigh from being relegated? No chance. I put the mozz on them last season and they just survived. I have an even bigger incentive for them to drop into state 1 this season. SCOTCH!!! St Albans missed an 89th minute penalty last weekend and paid for it with a 90th minute equaliser. I still have faith in them. The Knights took it easy against the hapless Greens last weekend only putting four past them. This weekend St.Albans will bounce back from their draw with Springvale and beat Bentleigh 0-3.

Green Gully Cavaliers vs Hume City
Should be a close one. So close that it ends in a draw. Green Gully 2 – Hume City 2.