Scotch Watch
Bentleigh's loss and South's draw has seen the bottle of Scotch move closer to the Kiss of Death's side of the wager. 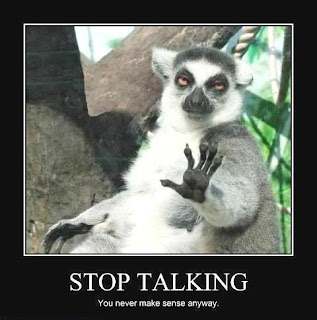 Oakleigh Cannons vs South Melbourne
Much talk on the forums about this week's humdinger. For me it’s going to be a one sided affair. I have seen all of South and Oakleigh's games this year. Everyone is carrying on about South's defensive issues, yet no one has said anything about Oakleigh's. With all the popstars they have down at that club, they might only have conceded five goals, but their crossbar and posts have been rattled four times, they’ve cleared two shots off the line, and the opposition has stuffed up about four one on ones. All this and yet everyone is harping about South's non-existent right back. Yes, I agree, we are a bit flimsy in defence at times, but right back is not the issue. South's defensive lapses stem from an all out attacking mentality. The midfielders come deep to collect the ball from the defenders creating a shit load of space in the midfield. We have dominated every single midfield this season by employing that come and collect policy. Our full backs push into the midfield space leaving two centre backs to man the defence. Souths game is all about short passing and fluid movement. We seem to break down when our full back positions are exposed due to a stray pass, or over zealous full backs over committing. Oakleigh on the other hand play a flat 4-4-2. Their full backs don’t overlap, and their two centre backs are slow. Their midfield works, but their long balls go straight down the opposition's throat, and they can’t string more than three short passes together. 95% of their goals have come from keeper errors. No disrespect to Rama, but I think even if he was at South this season, we would still be copping goals from the full back positions due to the system we are playing. Oakleigh Cannons 0 - South Melbourne 2.

Dandenong Thunder vs Heidelberg United
Dandy recorded their fourth straight win of the season and the Bergers held South Melbourne to a 2-2 draw last weekend. The Bergers look like they are struggling this season. I don’t know why, don’t care, but for the good of the game, I hope it continues. Dandy has the best defence in the league with only three goals conceded, while the Bergers have the second worst attack with five goals. Dandenong to continue their unbeaten run. Dandenong Thunder 2 – Heidelberg United 0.

Richmond vs Green Gully Cavaliers
Last placed Richmond will be taking on 10th placed Green Gully. Both teams are playing boring football. If anything Green Gully is playing a less boring brand than Richmond at the moment. Sure to be a bumper crowd down at KB Reserve so be there early if you can. Richmond 0 – Green Gully 1.

Hume City vs Northcote City
Down at windy Broadmeadows, Hume usually dominates their opposition. Northcote though are good travellers. This game is sure to be a cracker with plenty of goal mouth action. Hume City 2 – Northcote City 2.