Scotch Watch
After last week's gutsy 2-1 win by South over Bentleigh, the Scotch Watch wager is now carefully balanced.
Bentleigh Greens vs Oakleigh Cannons
I’ve got a side bet involving Bentleigh Greens’ progress this year, but I can’t separate these two teams. Both have been what I believe ordinary. A 2-2 draw here.

Green Gully Cavaliers vs St Albans Saints
Picked Gully to lose last week, and I was spot on. St. Albans were a tad unlucky against Northcote. I expect Gully to win this one. A hard fought game with plenty of action. Green Gully 2 – St.Albans 1. 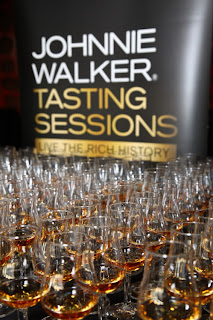 Northcote City vs Richmond
Northcote had a surprising win away at St. Albans last week. Richmond flopped. I don’t know what’s wrong with Richmond. Has the money dried up? Has Chatz lost his touch? Have the off field changes finally caught up with them? Northcote City 3 – Richmond 1.

Dandenong Thunder vs Hume City
Dandy had a great win away from home last week, while Hume beat the Bergers.
Another tight one, but Dandy will be a tad better beating Hume 3-2.

Heidelberg United vs South Melbourne
Bergers struggled at Hume last week. South had a big, 10 man win vs Bentleigh.
Kliment Taseski has received an Auto + 2 week suspension over the phantom tackle last week against Bentleigh. Only the ref saw something nasty in it. Will definitely be a tough game for both teams. South’s on a high at the moment. But can they take that to the Village? Traditionally a tough trip for South. Heidelberg 0 – South Melbourne 3.
Posted by Paul at 10.3.11