A comment on Ataturk Apreciation Day by the Kiss of Death; plus Round 10, 2011 match previews

Big week in Kiss of Death land, coming back fired up after a week on the sidelines. The usual VPL match previews, Scotch Watch and a rant of the month railing against the ceremonial oddities at the recent Anzac Day Cup match against Hume City. Enjoy.

Scotch Watch
South's heavy loss before the Easter break and a draw on the road to the Greens saw the gap  close slightly. 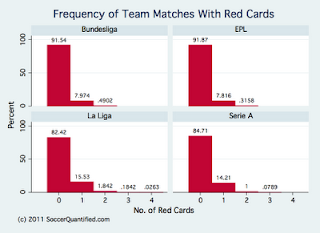 Bentleigh Greens vs Northcote City
6th v 5th. Oh, I dunno. These are the games that put me into a deep sleep. An incubation period if you will. Even though I will be at this game, it's only because I have nothing better to do on a Friday night. Bentleigh drew away at Dandenong a fortnight ago, while Northcote were kept scoreless at home by Springy. I'd have to give this one to Northcote, only to preserve my gap in Scotch Watch. Bentleigh Greens 1 - Northcote 3.

St Albans Saints vs Heidelberg Utd
13th v 7th. A boring 0-0 draw awaits whoever can be necked going down to Fox Street and witnessing this clash of the titans.

Oakleigh Cannons vs Hume City
1st v 3rd. Can someone tell me why the popstars down at Oakleigh are playing this game on a Monday night? Two hack teams. An exciting 2-2 draw.

South Melbourne vs Dandenong Thunder
2nd v 4th. South without Milicevic and Krncevic due to ridiculous decisions by the ref at the Hume game, and Dandy coming off a six point deduction, $8,000 fine and four games behind closed doors poutsa from the FFV. South is coming off a 14-0 gang rape of State 3 club Yarraville Glory midweek, while Dandenong is still licking its wounds after the FFV tribunal. Will be a tough game for both teams, but South will come up trumps. South Melbourne 3 - Dandy Funder 0.

Rant of the month - Ataturk Appreciation Day
Let's flashback to a fortnight ago down at Broadmeadows Valley, for the Hume City vs South Melbourne clash. Day was ridiculous to say the least. I understand that Anzac Day is a very important day for every Australian, but when I have some bloke muffling into the microphone for over 25 minutes in a foreign language, then I'm given a hashed up two minute English translation, and all I manage to catch is "Ataturk this, Ataturk that", and something about the Turkish language been kept in schools. Now, I take nothing away from the Anzac Spirit of the day, and respect both sides of the Gallipoli battle, however, what relevance is this to a soccer match one week before Anzac Day? Oh that's right, it's the Anzac Cup. A "Cup of Great Cuppage", once said by a friend of mine. South Melbourne Soccer Club is an Australian club formed by Greek migrants back in the 1950's and currently supported by at least 75% Greek background peoples. I am a person who respects the national anthem of every nation, I have no issue with this. I do have an issue though with Ataturk being praised as a great leader. Yes, he is looked upon as a great leader and the father of modern Turkey by the Turkish people, but no one asks me what i feel about this. When the Greeks of Smyrna and Pontos (Asia Minor) were chased out of their homes for centuries, and the Armenians were marched through the desert by Turkish generals under the orders of Kemal Ataturk, who gave a shit? No one. So why should I give a shit about the Anzac Cup. If Hume City wants to push their local community agendas while using the FFV as a source, then quite frankly they can find another club. Fans of South Melbourne do not need to sit there and watch their club participate in a cup supposedly representing the Anzac Spirit, when all it does is slap any Greek fan in the face. Here's one for yas. Why don't Bentleigh Greens organise a 'Peace Initiative Cup' in remembrance of the  1974 Invasion of Cyprus and have Hume City as the opponent?
Posted by Paul at 28.4.11