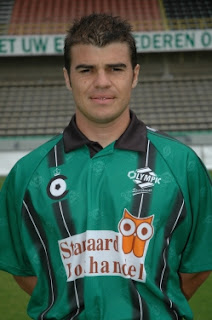 I’ve kind of given up for this season. All the hoohah about who we signed at the start of the year, and how good we are on paper, is just that. On paper! I don’t know what else to say, other than I’m hurting. Hurting to the point that I’ve actually left games at half time out of disappointment. I don’t know if this pain is also felt by the players and staff down at Lakeside, but I hope it hurts their pockets. If I was ‘El Presidente’, I would start docking the pays. Just like in the real world when you don’t perform at your employment, management starts breathing down your neck. Rumour has it we have lost Trent Rixon for the game at Bentleigh. He hasn’t exactly started like a house on fire so I don’t think we will miss him. Rumour has it we have signed Andy Vlahos? A big WTF?! If this is true then we have bigger issues than I first thought. I remember when we signed Warren Spink in the Arok era. We did that about five years too late. Ah, fuck. How depressing when I can’t write anything positive. I’m not going to bother trying to motivate a bunch of players who can’t take it.

As Paul said in his review of the Port Melbourne loss in the Statewide knockout cup, “We attend out of a sort of religious duty, a fealty to the club that should go beyond results. But everyone has their limits - just how much damage this does to the club's already ravaged supporter base is anyone's guess.”

Tipping with my head on this one. Bentleigh Greens 2 – South Melbourne 0.

Some admin stuff
A request to the FFV media department. Since I seem to be doing more work than you promoting the VPL, I believe under the rules and regulations and FFV statutes, I am entitled to a media pass. Please be kind enough to forward this to Paul Mavroudis. If you require a name for the pass, then ‘John Doe’ will suffice. Paul Mavroudis will then be given detailed instructions to forward this pass onto me. Thanks in advance.

I don’t know who you are, how old you are, and what gender you hail from, or even if your name is Steve.

You obviously haven’t heard of using fullstops, question marks and/or commas. If you want to have a blog off with none other than the Kiss Of Death, then maybe Paul can arrange this. Your positive spin was pretty shit. What have bread rolls being eaten at pre-drinks got to do with team performance?

Euro 2012 Tipping
As you would all be aware, I have challenged Arthur Papas to a Euro 2012 tipping comp. As of Friday I have 6 points while Arthur has 7 points. Will start getting juicy as our tips start to differ from each others around about now.
Posted by Paul at 15.6.12