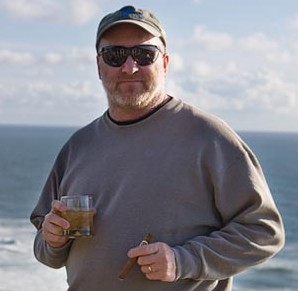 Scotch Watch
No need to keep track of this anymore. Bentleigh's loss last week coupled with South's win sees the whiskey end up with the Kiss of Death - was there ever any doubt? There's a four point gap with one round to go. Congratulations to the Kiss of Death, but no commiserations to South board member Lucky Chrisomalidis, who apart from betting against his own team, learned nothing from last year's big mouth statements about Bentleigh coming in and storming the league.


This is it readers. The final ‘regular season’ Kiss of Death for season 2011.

St.Albans vs Richmond
11th v 8th. With St. Albans relegated they will have nothing to lose. Richmond misses out on a finals berth this season by four points. Last year's finalists just didn’t cut the mustard this season. I’ll be short and sweet. St.Albans 2 - Richmond 2.

Melbourne Knights vs Hume City
10th v 1st. After a late surge with good victories, the Knights didn’t have enough legs to make the finals this year. Hume on the other hand, has had a late lull in proceedings. I don’t know what’s happening down at Broady, but it can’t be good. Melbourne Knights 2 – Hume City 0.

South Melbourne vs Northcote City
5th v 6th. The match of the round. One of these two teams will miss out on a finals place. South Melbourne needs a measly point to secure fifth spot, while Northcote needs a win. If South loses, they only have themselves to blame. Throughout the season they have dropped points like a hot potato. VTC and Green Gully being the standouts. If they had won any of those two games, they would now be safe. However, Northcote has a good record against South Melbourne over the years. Northcote and namely Trent Rixon seem to score at will against South, and I fear Gianni De Nittis might be the one to seal Souths fate. Eddie has been leading the team alone the past two weeks, and his return has been six points, four goals scored, one conceded. With a full squad to choose from and with the team seeming to be coming good at the right time of the season, one can only hope their luck against Northcote changes. An ‘away’ fixture for both teams this weekend as the game is being played at a somewhat neutral venue S.S. Anderson Reserve in Port Melbourne, the home of the Sharks. South Melbourne 3 – Northcote City 0.
Posted by Paul at 5.8.11