Scotch Watch
Both teams stuttering of late. Bentleigh however somehow managed to eek out a draw against Gully, while South's goal difference has gone down the toilet.

Northcote City vs Oakleigh Cannons
4th v 1st. Greek Derby. Northcote is on the up after a 5-0 demolition of an understaffed South last week, while the Cannons are coming off a 3-1 away loss at Dandenong. This game will be exciting, and Oakleigh will twice come from behind to grind out a 2-2 draw.

Heidelberg United vs Richmond
2nd v 9th. Well looky here, the Bergers are sitting 2nd. Out of nowhere with 14 goals scored in their last two games. A 9-0 home thrashing of Springvale, and a 5-0 midweek romping over the VTC. Richmond on the other hand are a topsy turvy team. The Bergers are doing well, and better than expected. Heidelberg 3 – Richmond 1.

Hume City vs St Albans Saints
6th v 13th. St. Albans are finished. They will be dropping back down to State 1. Hume is pushing to secure a spot in the top 5. A game of two tales. Hume City 4 – St. Albans 0. 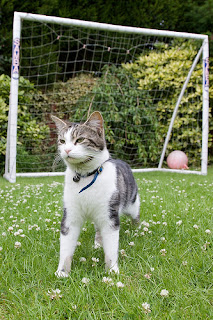 Green Gully Cavaliers vs South Melbourne
8th v 5th. I will restrict this piece to only South Melbourne. Green Gully does not interest me in the slightest. South has only managed one point out of a possible nine in the last three games. OK, so we lost 5-0 to Hume after having two men sent off in the first 25 minutes, that one I can excuse you for. We drew 0-0 to Dandenong at home with five first team regulars missing. Then we cop five from Northcote, with virtually the same team that faced Dandenong the week before. Don’t tell me that Northcote are a better team than Dandenong, because they are not. We are slowly going backwards. The rotation of the goalkeepers is sorry to say, turning into a merry go round shambolic act, which would even make the Americans blush. First we start with Sardelic, then we give Zeneli a go, then we put in ‘The Cat’. Sardelic was dropped after being injured at Bergers; he is yet to appear since then. Zeneli has been good between the sticks, but he hasn’t made a senior appearance since copping five at Hume. Now we have given Deroune a go. By the way, which fucken dickhead named him ‘The Cat’? He is probably one of the worst keepers I have seen at South since our return to the VPL. He is non-commanding of his area, slow to recover, and overall probably cost us three of the five goals at Northcote. His reflexes are not bad, but other than that give me Sardelic or Zanelli any day. People put this game down as a loss or draw, because we haven’t won at Gully for who knows how long. This is the game where we need to send a message to the rest of the VPL. Green Gully Cavaliers 0 – South Melbourne 3.
Posted by Paul at 12.5.11