Friday 27th February, Port Melbourne vs Pascoe Vale @ 8:30, SS Anderson Reserve
Port Melbourne walloped Hume City 1-3 and Pascoe Vale copped three against the Bergers. Now, let’s not look too much into Port's win. They’re a bunch of men who played a very raw bunch of boys. Yeah three goals is good, but really, look at the quality of your opposition. Pascoe at least can say, we played a decent team and yeah, OK, we copped three. Will be a very interesting match, and from my view a very difficult one to call. Port are usually good starters 'til around round four, then they fade out. Pascoe take a while to start playing OK football. Based purely on that fact and nothing else, Port should win this one. Port Melbourne 2 – Pascoe Vale 1.

Friday 27th February, Melbourne Knights vs Northcote City @ 8:30, Knights StadiumThe Knights had a woeful first half last week against Avondale, but found their feet in the second half to win 3-1. Northcote City had a tough first outing at Green Gully and got hammered 4-1. The Knights need to realise that football is a game of 90 minutes, not 45. They had a brain fade in the second half vs South in the Community Shield, and a brain fade against Avondale in the first half last week. Northcote played more than half the match at Gully with 10 men, in what my sources tell me was a yellow card at worst. Yeah, you could say unlucky, but then again, they were at an unforgiving Gully. If the Knights are able to concentrate for 90 minutes, then they should have no issue disposing of Northcote. Melbourne Knights 2 – Northcote City 0.

Saturday 28th February, Green Gully vs Oakleigh Cannons @ 3:00, Green Gully Reserve
Gully hammered Northcote 4-1, and Oakleigh as expected lost to South Melbourne 1-0. Gully were clinical against Northcote. Haven’t heard any rave reviews about them yet, and I’m not going to kick that off. Oakleigh though, well, are they better than last year? No. I think they have too many egos this year. They were OK against South, but weren’t threatening. They will be looking to bounce back against Green Gully, but Gully is on a high. They will be too good. Green Gully 2 – Oakleigh Cannons 1. 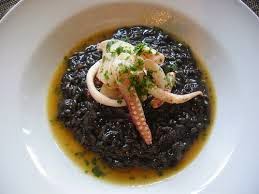 Saturday 28th February, North Geelong vs South Melbourne @ 5:00, Elcho Park
Match of the round! North Geelong had a bit of a trip down to Bentleigh last week and left empty handed. South was at home in their plush surroundings by the lake and had an OK win against Oakleigh. Although unconvincing last week, South still is the team of the century and we don’t lose to teams like North Geelong. South needs to improve. We weren’t the best and were playing with fire towards the end. Nikola Roganovic was brilliant. Kept us in it with three magical saves in the last ten minutes. News has it that Peter Gavalas will be out for another five weeks. If Nikola has a ripper next 5 weeks, then Petey will be warming the bench. Regardless, we are human too, and we wish Peter Gavalas a speedy recovery. My only concern with South is Dane Milovanovic who looks like a goose, and gets lost in the midfield, and Stirton who is underdone like my mate's chicken sticks. I will be touching down at Avalon some time in the mid morning, heading to Cunningham Pier for an autograph session, then chauffeur driven to Elcho Park. There I will expect VIP treatment, pivo on tap and crni rižot, Riba na gradele i blitva and Janjetina s ražnja. I also expect a better South performance this week by a literal country mile. We rode all our luck last week, and have none left. Now, it’s time to play football! North Geelong 0 – South Melbourne 3.

Saturday 28th February, Dandenong Thunder vs Bentleigh Greens @ 7:00, George Andrews Reserve
Dandy beat Werribee 1-2 last week and Bentleigh beat the newcomers North Geelong 2-0. Was expected to be a tough game for Dandy last weekend, and it was. Scrappy affair that copped the rain halfway through it. But they dug in, and left with three points. Bentleigh had a somewhat more comfortable result against North Geelong. But bang for buck Bentleigh didn't show much last week, where you could say, 'WOW! What a team!'. Will be a difficult visit to Dandy. Dandy have things to prove and they won’t just sit back and let Bentleigh come. Expect plenty of goals at this one. Dandenong Thunder 2 – Bentleigh Greens 3.

Sunday 1st March, Hume City vs Avondale FC @ 3:00, Broadmeadows Valley Park
Hume went down to Port and Avondale had a tough welcome to the NPL at the Knights. Won’t say too much about this match because I really don’t have much to say, surprise, surprise. But, I will say that this will be Avondale FC’s first win. If they can do to Hume what they did to the knights in the first half, then hume should be worried. Hume City 1 – Avondale FC 2.

Sunday 1st March, Werribee City vs Heidelberg Utd @ 3:00, Galvin Park
This match has Heidelberg win written all over it. If they can beat a stubborn Pascoe Vale 3-0, then imagine what they can do to a shithouse Werribee! Werribee City 0 –Heidelberg United 4.
Posted by Paul at 25.2.15