First half
Drinks held at new club sponsor The Water Rat - and with no social club, you may as well - and it went well, except for the burger that was too damn dry. Fancy capsicum paste is all well and good, but it's no substitute for a good tomato sauce. Apart from that it was quite enjoyable, cheap pints and a good vibe, though the start of the season always seems to attract pretty much everyone that still cares about the club to turn up. A woman who I assume is associated with the pub asks us how do we refer to our club and we answer, 'South' or 'Hellas', and I add but never 'Souths', which while a smattering of people do use, it has never sounded true to these ears.

(and if ever you're having a discussion about 'Against Modern Football' and ask the AMF proponent what is 'modern football exactly?', and they begin their answer with 'well, for me it's..,', just know you've already won).

Of course a huge part of round one - or more correctly, our first home game - is getting all the membership goodies, including personally being welcomed to the new season by El Presidente. The card is a solid piece of work this season, unlike the flaccid effort from last year, the championship review DVD is a nice little collectors item, but where was the other stuff? Where were the bumper sticker to help my car get smashed in at Somers Street? Where's the little championship pennant? It looks like we'll have to wait a bit longer for those, like, the next home game, whenever that is.

The Valkanis family were also back, outside cooking several large spits of meat. Having already eaten, I was happy to pass this time, but perhaps if they;re back again in several weeks time, I might be keen to relive some old memories. Seeing radio people set up on the balcony, my instinct was that it was the FFV group doing their thing for another year, only to cotton on that it was actually 3XY Radio Hellas. Apart from the weird hybrid Greek-English Singapore Cup match from a few years ago, can anyone remember the last time they bothered to cover one of our games live? And is this going to be a regular occurrence, or a one off? Will they be sharing the love with the other Greek clubs?

The pre-game news circled around the fact that Peter Gavalas had gotten injured at training, and was going to miss six weeks. Now, was this a new injury, or the recurrence of a pre-existing injury he's brought into this year? We'll probably never know, but the immediate consequence was that Nikola Roganovic, out of the game for years, got the call up to the starting eleven. In the end, he did more than most to get us the three points, in what was at best a pretty disjointed performance. Despite Oakleigh's dominance, including a shot off the crossbar, it was us who went into the break 1-0 up after an own goal of all things, which seemed to surprise a lot of people in the ground in the way that it happened, but that's OK. They all count the same, and don't you ever forget that. Mind you, I almost missed because of the mistimed efforts of someone trying to get some choreography started. 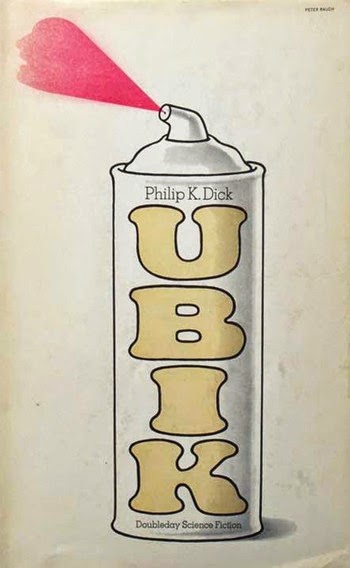 The bit in the middle
Sometimes a conversation just follows its own muse. We discussed the Iliad and the Odyssey, and the relative merits of teaching either of those to children, even in children's editions. Having never read the Iliad, it's difficult for me to make educated comment on that, but the Odyssey of course does lend it itself to a certain 'fantastic' means of entertainment (see the movies etc). But you have to wonder about the blinding of Polyphemus after Odysseus and his men got him drunk (and yes I know they had to do something to escape otherwise certain death, but it is a pretty gruesome scene). But at what age do you introduce the kids to the scene where Ares and Aphrodite have an affair, and Hephaestus traps them in a fine net and gets the rest of the gods to see them trapped. Then we ended up at Philip K. Dick, and how as good as Blade Runner was, it failed to capture the full complexity of Do Androids Dream of Electric Sheep; I also recommended my friend read Dick's Ubik, not because it's a great novel, but it because it's a real head fuck. After then moving on to discussing the vastly underrated oeuvre of the late Japanese anime filmmaker Satoshi Kon, the discussion finally ended up on Manowar, and how awesome it would be if they toured Australia (both for those who love them  and those who hate them), and how cool it would be if we could somehow get them to play at Lakeside. Also, the fact that they released their own branded condoms, called Warriors Shield.

Second half
If we struggled in the first half, the second half was worse, and the most startling thing was the disparity in fitness between the two sides. Yes it was a warm night, but considering how well we ran out the game last week against the Knights, it was disappointing to see us outrun and outlasted throughout most of the match. With very little midfield presence, the defence probably did as well as they could to keep Oakleigh out, but it was Roganovic who saved our bacon on several occasions, including what looked like a ridiculous double save at the end. But it was the bread and butter stuff - coming off his line, his distribution and the sense that he wouldn't screw up (especially as the game wore on) that was most pleasing about his performance. Of course, it's only the first game, and the first out of perhaps 30 odd matches we'll be playing this season, if not more, Considering they got next to no help from the midfield, the defence stood up well enough, though Kristian Konstantinidis' penchant for sliding in for the tackle promises to be both a thrilling and nervewracking phenomenon. Milos Lujic battled hard up front, and I thought Leigh Minopoulos did OK, but we otherwise pretty ordinary going forward. Usually we're on the other end of the kind of game where one team dominates but can't get the points, so there's both concern that we found ourselves in that position, but joy and/or relief that we managed to get the points.

The refereeing was a bit all over the shop, though of course the footage may make the fans (and Miron Bleiberg, for that matter) look like fools again. Then again, considering the very minor fooforah in the comments section of Kiss of Death's most recent post, even that may not be enough. On a related note, every NPL club has reportedly been given a video camera this year to film games, I assume for collation into a weekly highlights package - though at our AGM (I think) it was also noted that FFV would be using the footage to improve the standard of officiating. Oakleigh were very upset that they didn't get given a penalty late on - a free kick just outside the box instead, while South fans seemed upset that it was given a foul at all. There were many other erratic decisions and cards gicen - mostly to us - but the ones that I would really like a second look at are the offside awarded against us which seemed to be still in our own half, and the moment when Oakleigh keeper John Honos seemed to handle the ball outside his own 18 yard box.

Overall, we looked far less in synch than we did the previous week against the Knights, with our midfield in particular struggling to get the ball, let alone shut down their opponents. Nick Epifano is a talented player, and did some nice things, but he needs to sort out his attitude, at the very least regarding second efforts. He did not look like a happy chappy going down the players' race after the game. I was a

The crowd was listed at a touch over 3500, which the usual scamps found especially ludicrous, and why not? We have a well earned reputation of fudging numbers (in both directions), but the club claims that it was legit because we have the scanning technology, and the FFV was happy to also put up that number. Me, I felt (and I emphasise that this is purely a horrendous guesstimate) that it was closer to 2500, which is still a very good turnout for a Thursday night, and a school night no less, but for the next AGM it may be time to ask for a more detailed breakdown of our attendances, which shouldn't be too hard to accomplish if it's all on computers now. Regardless, the marketing team went to a big effort for this game, and should feel proud of what they achieved.

Next week
North Geelong, in the first of a long series of away matches. Gotta figure out the best way of getting there and back, too.

Around the grounds
Za Dom Sandals!
No media pass in my grubby little hands just yet, and Gains couldn't make it either, but I decided to head to Knights Stadium anyway to see the home side take on Avondale Heights in what me and Athas Zafiris tried to dub as the #quarryderby. Everyone's favourite exponent of the bear hug was also there, one Aussie Joe Simunic, and he got a remarkably mild and largely disinterested reception from the crowd before the game. Probably a lot more love afterwards, if you know what I mean. Avondale surprised me and a lot of people by dominating the opening half of this game - and not just dominating, but doing it with style. Their style was based around quick passing, keeping it on the ground and lots of runs forward. For their part the Knights looked confused as to how to take on this feisty minnow, and especially the impressive attacking player Chris Irwin. It was Irwin who gave Avondale the lead, helped by chaotic bit of defending by the Knights resulting in a 30 metre lob into an empty net, and thus the second surprise of the night, the relatively large support of the visitors going relatively wild in the grandstand. Going much wilder on the other side of the ground were MCF, who seemed to be involved in some kind of brawl among themselves, about who knows what, but it's not like it hasn't been seen before, Knights came out in the second half looking more like their usual Andrew Marth inspired selves, imposing themselves on the game with more physicality and frontal pressure on the visiting team. The early equaliser was just reward, and the go ahead goal - which came straight after Avondale's second shot off the woodwork for the night - just about wrapped this up, as the visitors simply ran out of gas. Knights picked up a junk time goal at the end to make the win look more impressive than it was.

Final thought
Ren and Stimpy. It's a little tragic that I'm still laughing about this over a week after it happened.
Posted by Paul at 21.2.15