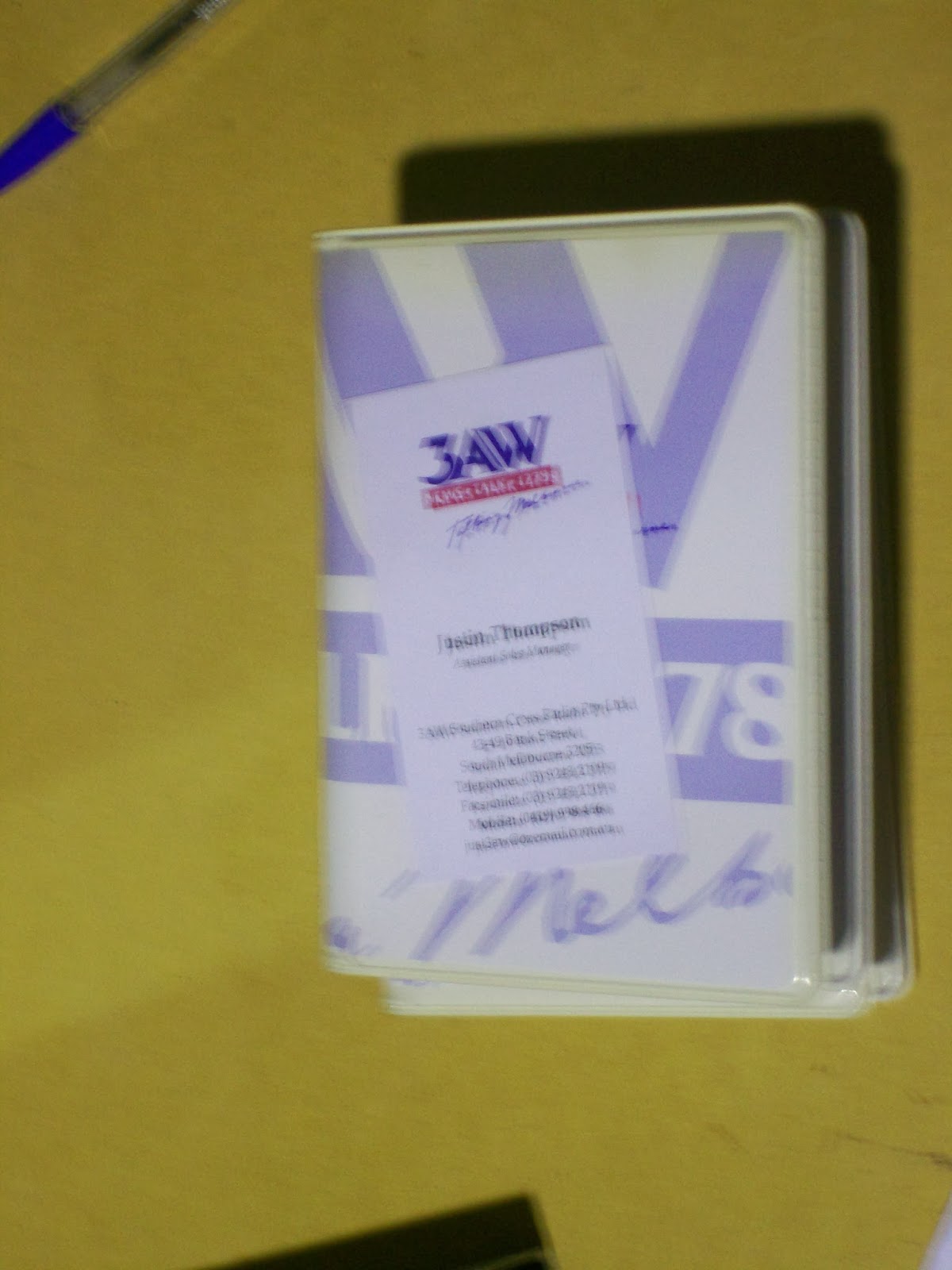 Another shoddy photo. I found a whole bunch of these audio cassettes in what was ostensibly the social club's 'multimedia room', which also doubled up as a bit of random storage space, where several things were dumped and then pretty much forgotten about.

For the uninitiated, this room was reached through the door that was to the side of the projector screen, next to the 'stage'.

Digression - there's always one
On a side note, one of the things I find in that room was some kind of IKEA-esque foosball table, in that one had to assemble it with one of those dinky Allen keys. Of course during our 'downtime' while packing away the social club stuff, me and Steve from Broady did assemble it - I was seriously surprised that it actually had most of its parts, because the box it came in was completely fucked - and we ended up playing several games.  Now I'm no crack foosball player, but I kicked Steve from Broady's arse every single time, principally because of my decree that we play by 'foosball gentleman's rules' that is, not allowing seven year old style spinning maneuvers.

I think the table ended up in our players' locker room during the late stages of the Gus Tsolakis era. I have been told that the players quickly lost the balls that came with it, and when Chris Taylor came in, his hardline approach to fun meant that the table ended up getting thrown out of the change rooms. In the end, it was probably for the best that it ended that way, but I'm kinda annoyed at myself now that I didn't take any photos of the little table that love built.

Back to the main show
Curious to find out what content these cassettes had on them - there were no dates to denote what era they were from - I managed to find a battered radio with a cassette player, plug it into one of the available wall sockets hoping not to fry myself and burn the whole joint down, put one of the cassettes in and pressed 'play'.

As best as I can remember, rather than anything revolutionary, they were simply ads promoting our next home game, backed by Frozen Tears' South Melbourne theme song. If memory serves me correct, they were from around the 1998/99 season. Functional kind of work, but an interesting one for historians of the game, especially those people interested in the marketing used by clubs during the NSL era.
Posted by Paul at 19.2.14