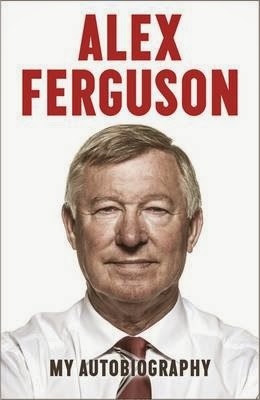 Firstly, this is no joke I actually read a book. FREAKY, I know.

Anyway as an Arsenal fan I have despised Mr Ferguson for the past 10 years, but when he announced his shock retirement at the end of last season you did have to stand there and applaud the great man's achievements tracking all the way back to his days at Aberdeen where he won three Scottish leagues, four cups and a league cup. He also lead them to some European glory winning the UEFA Cup in the 1982-83 season.

It was with all that Mr Ferguson got a chance to manage Manchester United. It was a tough start to his time at United not winning silverware in his first few years. In the book Sir Alex goes into depth about how hard his first few years at the club were. But when the old first division was re-branded, this was when Sir Alex struck, winning the league in the first season in the Premier League.

It was at this time Sir Alex brought in heaps of big names to the club. In his book he had a crack at Roy Keane which was a bit of a surprise, and Keane hit back later saying the book is full of lies and that Ferguson was just trying to sell books. My favourite part of the rest of the book was when Ferguson ripped into our own Mark Bosnich, calling him the most unprofessional player he has ever seen.

At my young age it's hard to watch Bosnich now on Fox Sports and see the guy he was described as back then. There was a classic story of when the Man United team was on the bus home after a disappointing result, and Mark was ordering the whole shop over the phone at a Chinese Restaurant to be delivered to the bus stop.

In 1999 Man United played in the first ever club World Cup. Unlike South Melbourne, Sir Alex thought this tournament was a waste of time and that being forced to participate cost them an FA Cup. Overall this was a good book and since I don't plan on reading another book for a few years I will give it five stars.
Posted by Paul at 4.2.14