The online response to the club's release of the 2021 membership packages seems to have been pretty muted. Maybe it's because people have stopped caring, or maybe because the club did the right thing (whatever their motivation for doing so) by offering the renewal discount to 2020 members, there's nothing to complain about. And when people aren't complaining, there's fewer clicks, less rage posting, and less overall engagement. Maybe the club should've actually charged the full rate to everyone, getting those social media metrics up?

(Also, where is the link to the membership portal on the front page of the club's website? And are members still going to be charged for entry to home FFA Cup matches?)

Anyway, memberships are for real games with with real meaning, unlike the past two pre-season friendlies, which mean nothing. These two recent friendlies, both played behind closed doors at lakeside, were a 2-1 win over Northcote, with what looked like a pretty soft goal to concede; and a 3-2 win over Avondale, which I hope people won't latch on to as proof of anything, especially competency.

Not that I think that there's actually much chance of people getting carried away, because I wasn't there and neither were you. So what can we say? Nothing, that's what, except that maybe Marcus Schroen looked thin or trim or skinny or what have you on one of those recent videos the club posted. Maybe I've forgotten what he looks like in person, and while it's not like he was ever the chonky type, maybe a proper pre-season instead of galivanting about the Spice Islands has done him some good.

Much of the rest of the week's focus (online at least) seems to be on the continually degrading state of the Ferenc Puskas statue out the back of Gosch's Paddock. In a recent-ish I noted the reaction to what appeared to be the then vandalism or theft of the plaque on the plinth. Now whether because of more vandalism, or shoddy craftsmanship, the plinth has degraded further, and the calls by South fans (and some others) to repair the statue and move it to Lakeside have been re-doubled. 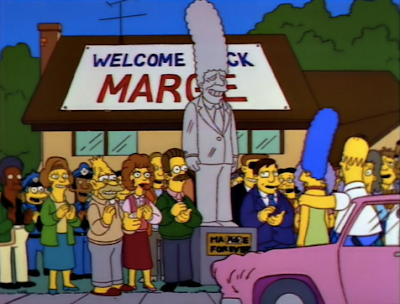 Most of this anger comes from a good place. The statue is of a South legend, and the statue is in a poor location and in an increasingly poor condition. And after all the effort involved in getting the statue project up in the first place, I don't think that anyone would be happy with the outcome four years on, not just because of the money spent, but also because it's supposed to be honouring a legend of world football, and someone the statue's funders apparently hold in high esteem.

Moving the statue to Lakeside (apparently there's plans to at least try to make that happen now) would probably solve at least some of those problems: namely, the more prominent location, being closer to the club he was closest to while he was here, and you'd like to think also a reduction in the chance of vandalism. Repairing the statue and moving it to Lakeside (hopefully at someone other than the club's expense) won't solve the aesthetic problem of it being a lousy looking statue, or of its design bearing little connection to what Puskas looked like while he was here, but the perfect being the enemy of the good, you'd rather an imperfect solution rather than the situation that exists now. That, and it would be funny to have a statue conceived of and funded in part by a prominent former sponsor long since associated with the A-League, to have visit Lakeside and South Melbourne in order to get close to his attempted homage to one of his heroes