Port 3 South 3
Out at Port Melbourne last Friday, those present saw a match of two halves, which I prefer to a game of three thirds. Being 3-0 down and then bringing it back to 3-3 says something and nothing at the same time. I have not seen enough of the team during this pre-season to make too many sweeping judgements, Michael Eagar looks good, Milos Lujic is doing his usual thing, and the rest of the usual first teamers have looked neither better nor worse - though Norton's cross for one of our goals suggests that his good form from last season will be taken into this season. I'm not sold though on this centre back they have trialling at the moment - Milos Tosic, I think his name is, probably from South Australia - he's a massive unit, which will be good for defending at set pieces, but his size comes with a severe lack of pace.

The search for strike partner or Milos Lujic continues. To that end we have apparently signed Congolese - that's Republic of Congo for all you geographers out there - striker or midfielder Philtzgerald Mbaka. Mbaka, a 23 year old left sided player, most recently played at Getafe B, the lower tier outfit of Getafe. The news article rightly mentions that this is a risky move for Mbaka - should he perform poorly, he will lose visibility for selection to the Republic of Congo's national team - and for all you promotion-relegation enthusiasts, the article also mentions the lack of promotion-relegation to and from the A-League, not just for its own sake, but in the way it hinders players at lower levels here. Mbaka didn't do anything special in his time against Port (nor against Comets), but then again neither did pretty much anyone else. All our goals conceded seemed to come from defensive mistakes.

For their part, Port will be competitive once again in 2016, and will be pissed off if they don't make the finals, but it's hard to see them pushing all the way unless they get a good run in terms of injuries and the like. This game was watched from the now normally closed off outer side of SS Anderson Reserve - here's hoping that continues in the 2016 season proper - in part perhaps because they've dug a large trench of sorts where the hill adjacent to the Laurie Schwab press box stands. Whether that's where the planned electronic scoreboard will be installed, I don't know, but I reckon that trench would be too deep for that, and on the wrong side of the ground for most spectators. It looks like local Greek-Australian soccer stalwart Jim Massis is also back in charge of the canteen there.

Some of you may have seen the video of triallist Velibor Mitrovic's excellent free kick against Port doing the rounds of the internet, but those of you who are a little too obsessed with the work of Football Chaos may also be familiar with this player from this stunner during Mitrovic's time with Kingston City.

Sure the defence gives him too much room, but anyone that can crack a shot like that should be worth a look, no?

In less good news, word on the street seems to be that young midfielder Cody Martindale, who missed the majority of the 2015 season after getting injured away against Heidelberg, has re-injured the same leg and may miss the entire season once more. Leigh Minopoulos was a non-starter for ??? but will hopefully be right for the start of the season.

Youngster Spiros Stamoulis seems to have been signed by Spanish side Alaves on a two year deal.

It's possibly only an academy thing, but good luck to him anyway.

South 1 Comets 1
In front of a crowd of 80 people (not counting those people running around the track) some sub par finishing kept the goals in this game to a more modest level than they perhaps should have been. Comets had been beaten 5-0 by Heidelberg last Friday, although according to some people that had been a weaker team than was on evidence here. Both sides switched players around and in and out as tends to happen at this time of year. Missing for us were Leigh Minopoulos (moon boot), Matthew Foschini (honeymoon), and Tim Mala (partying). 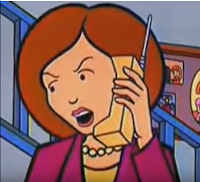 On the plus side, Matthew Theodore looks a like a bundle of energy during this pre-season. Injuries and work commitments have hampered Theodore in recent times, but there's obviously still a lot of love out there for player with his work ethic, style and ability to quickly thread a through ball to Milos Lujic. Still, you wonder if he will be able to overcome the obstacles of combining a hectic career as a corporate lawyer, being the wife of a bitter and broken entrepreneurial consultant and the mother of two teenage girls growing up in the cynical and angst ridden 1990s - and still find the time to play semi-professional soccer.

Having deleted Twitter off my phone - ostensibly because it was interfering with my work and/or not allowing me to be 'in the moment' at games - I was surprised to find out later that I had received two notifications from gamblers looking for score updates from this game (which was also played in three thirty minute thirds). Of all the things to gamble on, why this fixture? OK, I get that some might get a laugh out of it because of the sheer obscurity of the affair, but beyond that?

Oh well, I suppose people need to entertain themselves with something while we wait for resolution to the lease and social club issues.

Bendigo calling
Seems like we're booked in to play a sort of match against NPL2 franchise Bendigo City on Saturday night up in Bendigo. Kickoff would be at 7pm at Epsom Huntly Reserve, which is on the outskirts of Bendigo. I don't think I'll be able to go to this one, which is a shame, but that's what happens when you play these games in the middle of nowhere. Check the South website for more details in case they bother to put any up.

Takis Mantarakis passes away
Multiple championship winner, captain, South team of the century team member and all round club icon Takis Mantarakis passed away at the age of 81 last Saturday. The obituary on smfc.com.au is well written, and has some excellent photos to boot. Looking at the reaction on Facebook to Mantarakis' death, what comes through is not so much his undoubtedly massive contribution to South over many years, but especially his human decency. Those understand Greek may also choose to listen to this piece from SBS Greeks' 'Athletes who we loved' series.
Posted by Paul at 26.1.16