This Friday marks one of the most significant moments in the club's history - as well as perhaps its lowest point - the 10th anniversary of the 'Save Our South' campaign.

A month after being eliminated in the finals of the last NSL season in heartbreaking fashion by Adelaide United, South wasn't just on the ropes, it was down for the count. Despite the windfall of the infamous World Club Championship money just four years previously, we had huge debts and no income stream on the horizon. South was placed in administration. Our players, their contracts declared null and void, all left. 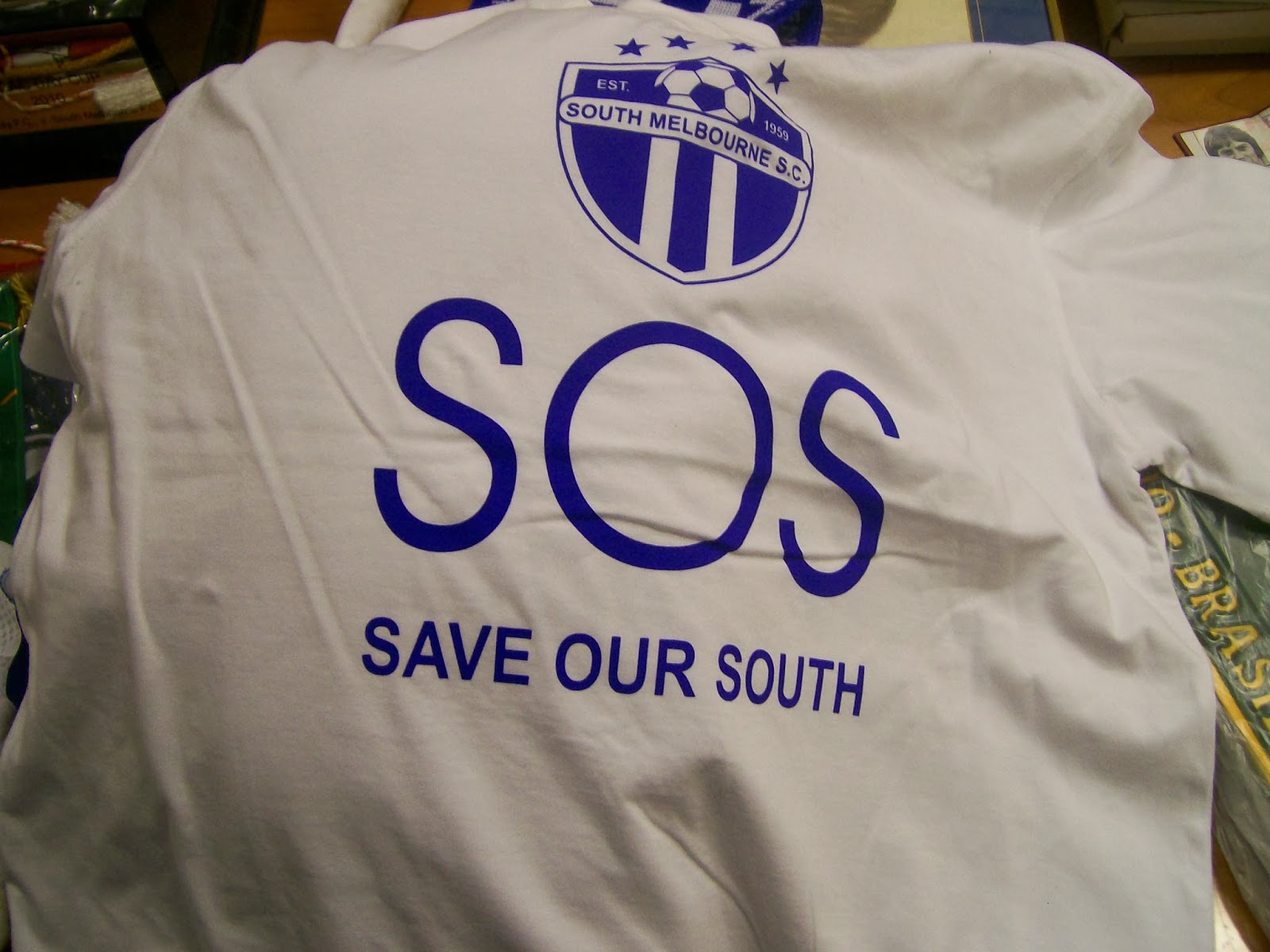 We weren't involved in any competitions,  being blocked along with Melbourne Knights from joining the VPL in 2004 by certain insecure clubs, most infamously Whittlesea Stallions and Ernie Tapai's bloody fridge magnets. I guess the assumption was also at the time that, with the Melbourne licences for the new competition reduced from two to one, that we were a goner anyway.

A rally was organised to save the club, much like many VFL clubs had had to do over the preceding decades. Where thousands were expected to turn up, only a few hundred bothered to do so. I'm ashamed to say that I was one of those many thousands of South fans that did not turn up to that day. Whatever personal issues I may have had at the time, I suppose like many South fans I just assumed that someone else would rock up to save the club. In the end, that's what happened, but only just.

In several ways both tangible and intangible, the legacy of that period still follows us to this day. Tangibly in the sense of having to pay back the Toumbourou/Christopher money, with the attendant hysteria that came with it, or the Lakeside issue still not being resolved. Intangible in the sense that the club's sense of invincibility and self-importance was dealt an incredible blow, both to those who followed our club and those outside of it who reveled in our fall from grace.

But I'm not looking to dwell on that. What I want to emphasise is that we still have a club ten years on, when many thought it was doomed. And I would like to thank all those people, whether they are still with the club or not, who fought for the club on that day, and after that day, to keep it alive. You showed that we can't just take the club for granted, that it has to be fought for, and that duty belongs to all of us.
Posted by Paul at 2.4.14