A note on match reports following Sunday matches
These will probably not come out until Monday evening for the rest of the season. This is because I'm usually having dinner out with folks, and don't get back early enough to put in a completely half arsed effort, and also because I will commence teaching a Monday tutorial class which I need to prepare for.

And yes I realise that this match report is also heinously late for reasons completely irrelevant. But it had nothing to do with watching SBSPopAsia while eating my corn flakes.

Anyway, refereeing issues aside - and we'll get to those later - it was a disappointing, almost limp effort for about 75 minutes. Neither side shone, but some of the errors we were making, especially defensively went beyond the pale. Marinos Gasparis in particular had a nightmarish performance, so bad you have to wonder if he'll ever get back to the kind of player we all know he can be, or whether he hit his peak years ago and is no longer worth persisting with.

Steve O'Dor, despite what I consider as the valid criticisms I made of him last week, will be missed if the injury he sustained in the first half keeps him out for a few weeks. Turns out Rhodri Payne is still around, but with Shaun 'slide tackle' Kelly getting himself sent off in his debut game (though some swear the penalty was an incorrect decision) it looks like we'll be thin on the ground defensively for a few weeks, what with Tom Matthews still to serve three more games suspended. Time to drop Brad Norton and get Matko Budimir and Anthony Giannopoulos into the senior squad?

Up forward, Steve Burton looked a little lost without Rixon next to him. Is it a case of not playing to his strengths? Why do we focus so much on trying to attack with our backs to goal? Rixon looked good when he came on - and he scored for the first time since the last time we played Richmond - but then got sent off before the restart, after an altercation with Richmond's Milardovic. The basic facts seem to be this - they fought over the ball in the goal net, as Rixon sought to get the game restarted as quickly as possible. After Milardovic tried to tackle Rixon, Rixon retaliated (how I'm not sure), and Milardovic ended up in the ground for five minutes, apparently with a fractured cheekbone.

Who knows what the video will show, and whether it will exonerate Rixon, Kelly (there are also inferences that there was a Richmond handball prior to his foul), and perhaps even shed light as to whether an earlier South chance crossed the line (I didn't think it did, but others insist that Gal scooped the ball out from behind his goal line). It'll also be interesting to see if Richmond's final goal was offside.

The officiating was so poor in the last 15 minutes, that South fans went from booing their own teams to clapping them off the field, turning their hostility towards the officials. No serious person would go even close to claiming the the officials were tge main reason we lost - only that their performance at the end was so farcical, and that the referee in question has a habit of making the game all about himself.

Andy Vlahos
Incredibly sad, in a way, that Andy was our best performer for most of the match. I made the (obvious) comment at the game, an idea which has now spread to the rest of the interwebz, that you could tell he had played at a  much higher level than most of those on the park (for both sides) could ever aspire to.
Fernando De Moraes
On the flip side of that, was the disappointing performance of Fernando. After being used as a substitute for most of the season, the absence of the Trifiro brothers from the starting eleven (for missing training because of trialling with the Western Sydney Wanderers, perhaps?), gave Nando a chance to shine, and yet he came up short. Is the great man's outdoor career at it's natural end? Are his futsal commitments, now that they've gone professional and with Nando himself looking at the futsal world cup, taking their toll?

Financial Problems?
Someone hit this blog after doing a google search for 'South Melbourne Hellas financial problems' and 'South Melbourne Soccer Club financial position'. Someone know something we don't? Some opposition supporter of a club hard on their luck? perhaps looking for proof of us emulating their downward spiral? Someone doing their research going into business with us? No idea to be honest, but it's not a pleasant sight seeing that stuff come up.

Liquor License
No booze available at the ground, thanks to the State Sports Centres Trust letting their temporary liquor license expire without getting a permanent replacement. I don't drink booze at sports events, so I'm not really that fussed. But some people were annoyed enough about it that they started singing about it.

Next Week
Southern Stars away at Kingston Heath next Saturday. By Belenos, I hate that place. Undermanned, under siege, understand if we manage to lose again.

Sack Gus
This is what I love about this place. Everyone wanted stability. Everyone was sick of coaches and players being turned over after just a season. Gus was signed to a two year contract, which was commended by fans prior to the season because it meant that we had committed, in principle at least, to restoring some sort of stability to the club's on field. 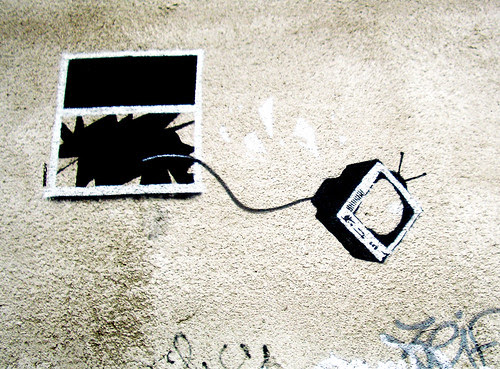 But then we lost a whole bunch of games and now it's 'sack Gus' time. Stability? Meh. I'm just as guilty of being fickle as the rest of the supporter base. But when I really knuckle down and think about it, the conclusion that I keep coming back to is this - that we're by and large a good team that's playing badly.

Sack The Board
I'm not sure the board can go out there and play for the team. They splashed out the cash, got the players the coaches wanted, and yet here we are. There's a ton of other things you could have a go at them for, but the team's performance is really one of them.

Social Club
Speaking of which, a few months ago, I was sort of put in charge of inventorying the social club's artifacts, on the premise that very soon the remodeling crew was going to go in and start work. Months later, the Valkanis' are still cooking in there and we're using it as storage for the toblerone sponsor cushions. Now I'm all for taking our time to do things right, but this is getting concerning. You'd hope there's a solid idea at the base of this approach. Would be very disappointing and damaging if we weren't close to re-opening the social club space to the supporter base by the start of next season.

Survival
Finals, we pretty much all agree now, are out the window. It's all about survival, the one thing - aside perhaps from blooding some youth team players - that we can salvage from this wreck of a season. We're seven points ahead of Moreland Zebras, with seven games to go. One more slip up from us, combined with a win by the Zebras, and the battle to avoid relegation could be on.

Zenith
Thai Deli on Clarendon Street (a couple of doors up from the dreadful Pizza Hut). Great Thai food, lovely service, good serving size, and cheap! Get around it, as they say.
Posted by Paul at 22.7.12