With Leigh Minopoulos being kept in mothballs and moonboots in the lead up to season proper, and Milos Lujic reputedly in Kokomo on his honeymoon, we were short-handed up front for our defence of the Community Shield, sticking Andy Kecojevic and Marcus Schroen up front. The question then was not if we would lose the Community Shield, but rather by how many goals. To be fair, in the first half we at least managed to match Bentleigh, if not in clear cut chances (their one, hit straight into the oncoming Roganovic, to our none), then at least in hustle and bustle. 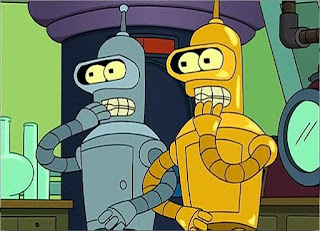 That hustle and bustle however lead to a rather more torrid affair than perhaps one would have expected for even a more formal pre-season hit out, so much so that there were several flare ups during the course of this match. The passion on display from us was fine, but the apparent willingness to get sucked in to the opposition's antics always threatened to become costly, and thus Nick Epifano managed to get himself sent off with a straight red for retaliating. The eye witness accounts differ between Epifano kicking or stomping on his Bentleigh opponent.

Either way, it was a damn foolish thing to do, and Epifano will probably miss the opening two or three games of the season. Other than that there were moments where our interplay was rather pleasing to the eye, even if the end product was never going to amount to anything. As the game slipped away from us and Bentleigh took their foot off the pedal somewhat, our finishing only became more comical. Unusually in the mood to make bold statements, it seems to me that if we don't end up getting a strike partner for Lujic, we'll probably miss the finals. If we do, and he's half decent, then we'll win the league.

Next week
Round 1 at home vs Heidelberg. You may as well make an effort to come to this, because afterwards we have our customary slog of away games to start the season.

That's OK, I wasn't looking for a long term relationship anyway
Jason Hicks, once lauded as 'an experienced player', 'a versatile option', and a player who we were excited to have 'join us' has left us to join Melbourne Knights. Apparently we are openly crying into our cornflakes about this, which is news to me. Hicks' departure does open up a visa slot however, which according to scuttlebutt in the crowd yesterday will be used on an overseas striker.

Making things up again
Now I'm sure that Chris Marshall is a lovely bloke who loves puppies and hates mean things, but why is the club calling him a 'senior football adviser'? Is assistant coach too old fashioned?

Optional extras
Every NPL game will have a fourth official with one of those electronic boards informing the paying public of substitutions and the number of minutes of injury time to be played. Those of us not paying to enter venues should probably look away at those moments.

AGM? What's that?
Still no announcement of the AGM date as of this moment, though I have been lead to believe an announcement is 'imminent'.

Who was Robert Stewart?
In the match programme for our 1981 away fixture against Blacktown City, there is mention made of a young striker from Hearts of Midlothian named Robert Stewart. Now I've never come across this name before, so I assume that Stewart played no games for South Melbourne. But how did he get to South and where did he end up? Is he the same player as Rob Stewart, who is listed as playing for Frankston City in the 1981 Victorian state league season? Seeing as how the Victorian season started a week after that round six match, it's not an implausible theory.

The system works
Yes, your correspondent has once again been granted FFV media accreditation for 2016. This is despite my steadfast refusal to step into a press box, conduct interviews or write proper match reports. Best of all, I have been listed as a freelancer rather than being under the auspices of the club. Not that it'll make much difference to what I write, of course, but it's nice to have on the pass anyway.

New season's resolution
In order to try and actually pay more attention at our games this year, I will no longer be tweeting during South matches. Thus, those of you who wait with baited breath for my withering observations of modern life during Hellas match days will have to either wait until I get home or actually come and hear my comedic slivers of gold in person. Given phenomena such as Bentleigh charging $12 for a souv, I expect this vow to last all of abut five minutes. 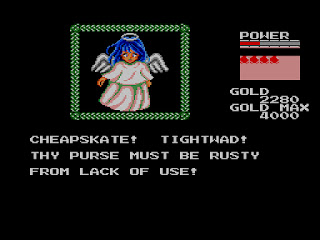 Just on that...
$12. For a souv. A not even very good souv, hugely overrated in part because people from Melbourne's south-east generally have no clue what they're talking about on these matters, and in part because of this particular souv's appearance at the Food Federation Cup a couple of seasons ago. Now I know I'm very tight with money (I prefer the term frugal), but $12! And burgers $10! Absolutely outrageous! What's the thinking behind this? Are their profit margins in the canteen that bad? I'm not usually one to make too much comment about food at grounds, nor am I really the right person to complain about food prices at grounds since I get in for free most weeks, but what about those people that don't? Do we have to follow the FFA Whole of Football Plan manifesto of squeezing every penny from people in the game?

Match programmes and such
Received a couple of folders worth of match programmes, finals series booklets and the first ten issues of Studs Up. I have started scanning and uploading some of these things, but will be delayed a little by the fact that I've only now just figured out to apply OCR (text recognition) to the documents, which will allow users to perform searches within documents but also hopefully for search engines to be able to dig through them.

What that means alas is that I will gradually have to re-upload most of the stuff I've put up already, which is irritating but probably necessary. Not that the text recognition effect always works or works well, but usually it seems to be OK and something is better than nothing in these cases, especially with the very large and data dense yearbooks.

Final thought
No, I have not become a Berger, I just happened to figure out the answer to their quiz question, OK?
Posted by Paul at 14.2.16