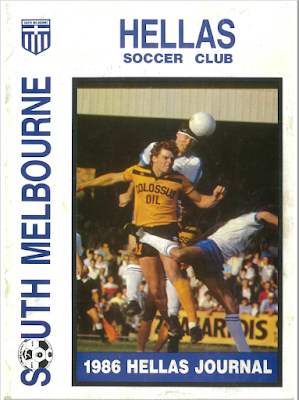 With thanks to stuff loaned from the club, this is what I have added in the past little while in terms of South programs:


You can find - and download! - all these in the relevant year in the usual place.


Elsewhere, I have added a few clubs histories, some pinched from Mark Boric's superior Australian soccer library, and some Dutch related ones from Adam Muyt. I've also added the first Australian Soccer Hall of Fame book from 1999, and all those things can be found in my inadequate library page.