My original hope with this page was to eventually start a separate website - an online Australian Soccer Library - that would collect and preserve all sorts of published materials to do with Australian soccer.

Since then, Mark Boric has turned his modest blog railing against Victorian soccer into the formidable Australian historical library Melbourne Soccer.
As such I won't be uploading so much to this page as I used to do, but I will update certain sections. For South of the Border's collection of South Melbourne Hellas match programs both home and away, which will be my priority from now on, click here.

There's too much of this kind of material gathering dust in cupboards and boxes, so by all means please download and share what's on this page as you see fit, and if anyone has something to share, please send me an email, and I'll see what I can do, or contact Mark Boric directly.
Club histories
At the moment, I'm not looking for things which are still in print or which can be purchased from a club or author with relative ease. I'm mostly interested in documents produced by clubs, which have been made available for free; or where it is appropriate to do so, to reproduce long out of print materials.
Football Federation Victoria annual reports
Football Federation Victoria Gold Medal Night program
Football Federation Victoria media guides

Match programs - regular
Eventually a separate website is going to have to be started to do this stuff properly, but for the time being here they are renting one of the spare rooms on my blog.

1980
Blacktown City vs Heidelberg United, round 16

Match programs - Finals, Cups and Miscellaneous matches
Soccer News Victoria
Soccer News was the official news publication of the Victorian Amateur Soccer Football Association, as well as its successor the Victorian Soccer Federation (now FFV). These were sourced from a combination of the efforts of Damian Smith and Mark Boric.
Soccer World Annuals
Sourced from The Agitator. Mostly focused on New South Wales, but also contains roundups of most states as well as national team and touring side reports. 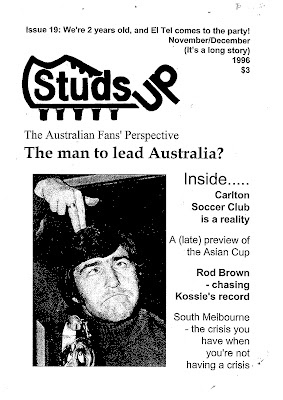 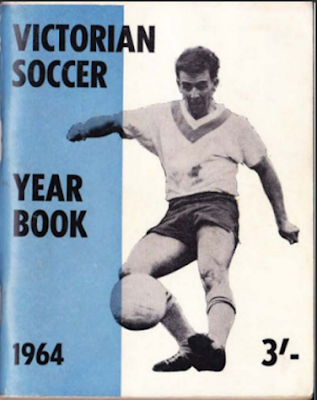 Victorian Soccer Federation and VASFA yearbooks/handbooks
The following yearbooks were scanned by me, from a collection kindly lent to me by Mark Boric.

Miscellaneous objects These are things which don't necessarily fit anywhere else.