Last Thursday evening I got a new floater in my "good" eye, and following my doc's repeated instructions, I turned up to his office first thing on Friday, and then followed that up with a Monday afternoon visit, which seeing as it would result in my eye being dilated, ruled me out of Monday night's game. So, in lieu of my actual presence, this week we've got a guest match report from Josh McKenzie. Thanks to Josh for answering the call to give it a go. 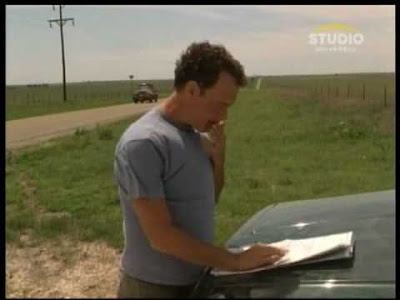 As one would expect, there was only a small crowd on hand to watch this game, with a good deal of South's usual traveling support probably being put off by the Monday night start in the middle of nowhere. Not that this game was going to draw in a blockbuster crowd at any rate. Thankfully, things were better than in recent weeks on the pitch.

Hell, we even looked good and/or better than our opponent, like we actually deserved to win by even more than the two goal margin that we did win by. The coach even made some good, attacking subs, our attacks looked almost fluid, and even our crossing wasn't so bad once Matthew Millar decided that trying to launch balls onto the other pitch was probably not the best use of his latent talents; although to be fair, he did tuck away our first goal with a nice finish. Our defending meanwhile was a bit higgledy-piggledy at times, but Kingston weren't able to take advantage of that; and on the one occasion they did, Tyson made a fantastic save from the penalty. Rumours are that Luke Adams will be rejoining the side, which will go a long way to fixing that.

Tragically, we didn't help ourselves in stretching out this lead by falling back on playing corners either short or along the ground, an abnormal choice considering that opposition goalie Stephen Hatzikourtis isn't the tallest goalie in this league. Intzidis and Foschini put in some beautiful balls forward for Minatel and Brennan, which again influenced our attack to look significantly more potent. In the second half, we found it very hard to keep the ball and were camped in our own half for long periods of time; and while we managed to scramble well in defense and repel most of the aerial bombardment, Kingston’s poor finishing - and the tidy goalkeeping work of Jerrad Tyson - was as important to keeping the home side from scoring as whatever else happened on the night.

Our focus turns to the big game on Sunday against high flyers Avondale. I’ll see you all there!

As for myself
After my getting home from my doctor's appointment, I settled in to listen to the FFV's radio broadcast of the match. This used to be a common enough thing for me to do regardless of the match at hand, but South's form being what it is this season my enjoyment of the NPL as a whole has been diminished. Call it petty, call it what you will, it's the truth - my enjoyment of this league as a whole is lessened when when we're not doing well. 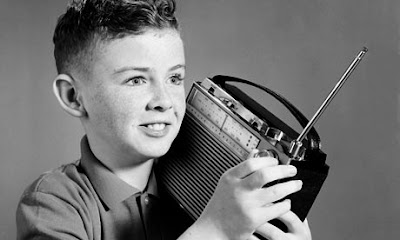 And while still not having reached even the halfway point of the season is a good enough excuse not to talk up relegation fancies yet - as well as Bulleen and Hume having fallen way behind the pack and into the automatic relegation slots - this was a relegation six pointer in all but name, even if it was only for the relegation playoff spot. So, I tuned in to the stream nervous as all hell, as nervous as or if not more so than for FFA Cup battles with our relevance supposedly on the line, or for grand finals.

How confident could you be with the way we'd been playing, or with the personnel we'd had out, and the threadbare bench we refuse to use in any case. And even Kingston had their own outs, and their own troubles putting away goals - just nine goals in their ten matches up until that point - they still had an actual brand name striker in their starting eleven, the kind we'd probably try and pinch in the event they got relegated. But then three minutes in, Kingston coughed the ball up in midfield, someone - possibly Nick Epifano - put Matthew Millar through on goal, and he scored. Of all the games for me to miss, it was one where Millar actually took one of his many chances.

(Albeit, when watching the replay later, having hit it straight at the Kingston keeper instead of picking one of the two corners, Millar was exceptionally lucky to have the ball go through the stranded keeper's legs. One problem at a time though.)

Then just a few minutes later, makeshift striker Oliver Minatel scored to put us two up, in a fashion that commentator Teo Pellizzeri was not quite sure of; in it's own way, it was a fitting description of all of Minatel's goal so far for South, following his unsighted ruck hitout against Oakleigh, and his fortunate massive deflected effort against Hume.

(There was some comment in the aftermath of the goal on the radio broadcast, that a South Melbourne free kick in the lead up to the goal was not played from the correct spot, the result of an error from the referee. While normally I would absolutely agree with this kind of rationalisation, the replay made me reconsider because of one point, on a moral of not legal technicality. The reason that the ball was not even near the correct spot of the foul following the awarding of the free kick was because a Kingston player had thrown the ball away from that era.

Did that ease the nerves of this listener at home? Not really. Kingston came out fired up, we seemed to be stuck somewhat in our half for the remainder if the opening 45 minutes, and judging from the commentary, lucky not to have conceded one or two goals. Kingston had a penalty, no one calling the game quite sure what for (replays says it was holding by Brad Norton, which is fair enough, but then that should be called every game), but Jerrad Tyson made a double save from the ensuing penalty, and then I really regretted not being able to be there.

Then Kingston hit the crossbar at some point, and then halftime. We were two-nil up, but not playing particularly well, which given the circumstances is probably still better than being nil-nil and having created a handful of golden chances you haven't taken. After the musical interval, the second half began, and I'd like to say that we sounded sharper and more dominant - maybe we were, I dunno - but more importantly it didn't sound like Kingston were doing much, and most of the rest of the game passed by in a haze.

It was a haze punctuated by Andy Brennan's long range effort cannoning off the inside of the right post, and after a good period of listening to Teo and his offsider talk about the weekend that was - and being able to make out Shouty Mike's voice in front of the commentary position - it occurred to me there were only 15, then 10, then 5 minutes left, and only a pending collapse of spectacular dimensions to deny us all three points. The collapse never came, and relieved, I switched off the Mixlr app, and didn't think much more about the immediate consequences of the result.

The win put us three points clear of Kingston, along with our far superior goal difference, and three points closer to the finals places, for those who dare to dream of such lofty heights.

Next game
At home on Sunday against Avondale.

Just a heads up that if you notice any unusual people taking photographs on Sunday, it's probably either French freelance journalist Gregory Letort or a photographer friend of his. Gregory's working on a few different pieces for French language press for the World Cup, and our very own South Melbourne Hellas is one of the things he's been doing some research on. 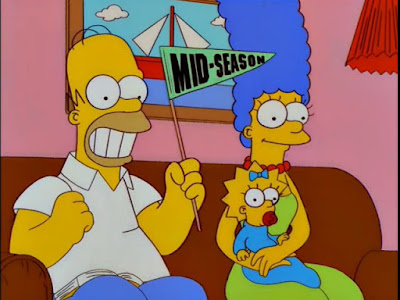 Premature mid-season transfer talk
As far as I can tell, the transfer window doesn't open until May 28, but this hasn't stopped people from talking about all sorts of possibilities. And why would it? Whether we're in a race for the top or a scrap at the bottom, pointless speculation about who you could bring in and who you could turf, and especially who's about to betray the club and become dead to you is what makes the soccer world go 'round.

Alongside the persistent rumour-mongering that any number of players are due to ditch for this or that club, there's been talk former South Melbourne championship winning centre-back Luke Adams has either signed with us, or is being courted by a few different teams. Adams had been spotted at Lakeside during the Green Gully game, but the usual rules apply - until they step into the field for us in a competitive fixture - and in these increasingly paranoid times, until it's clear that they weren't ineligible for that fixture - there's no point in going off the deep end.

Even under the circumstances of such rampant uncertainty, one of the more curious things to happen on Monday night was the naming of Marcus Schroen on the bench. I know he's been back in training for a little while now, but it does seem like an awfully quick recover from *insert whenever it was Schroen did his knee*. Does he even have any match fitness? Still, good to seemingly have him back, even though I'm not a huge fan myself. At least he'll be a step up in the free kick taking department.

Mother of all something
I did manage to get to one soccer match on the weekend, that being the WNPL game between South and Box Hill on Saturday. Neither team has set the world on fire so far this season - though South has been better than Box Hill - and this game kinda showed why. The first half wasn't too bad, Box Hill trying to hit us on the counter, and us trying to pass our way to goal. We took the lead, conceded the equaliser, and then retook the lead before halftime through Julia Nicolaci, even if her name was almost impossible to read on the redesigned scoreboard graphics. The second half was mostly played between the two 18 yard boxes, and nothing much important happened, though there were some people waiting for Sofia Sakalis to get called offside at one point, which has become a sort of parlour game for a very small handful of people that watch the women's team. Some of those people are also involved in coming up with nicknames for the players... "Little Slugger" for Kathryn Vlahopoulos is the main one these people are working on. Despite the erratic season the women are having, they've managed to work their way into third, which is pretty good considering that the squad seems younger than last year.

Final thought
On the matter of the PFA's history conference, which was held on Tuesday, I hope to get something written up on that by the end of the week.
Posted by Paul at 16.5.18