(standard woe is me opening) Sitting here tonight and trying to type this post up, I am in agonising pain, not wanting to blink or close my left eye for fear of further aggravating an already aggravated and inflamed cornea.

(usual rank hyperbole) And yet that is nothing compared to the psychic pain caused by last night's performance by our beloved South Melbourne, who dared to dominate the first 15 or so minutes of the Community Shield against Bentleigh and provide a sense of false hope that we would be a super team in 2017.

(possibly rose tinted reminiscence) How good did we look, destroying Bentleigh out wide, getting into many good positions, winning several corners? We looked like the real deal.

(hackneyed comic attempt at mock relief) Thank goodness then that the dual-action remedy was close at hand - first, the fast acting patented not scoring, and second, the long lasting patented letting the other team back into the game and being outplayed for the next...

(runs out of fingers to count on) up until the 80th minute or so, maybe a bit more.

(mandatory footy reference) Oh, we kept fighting. Prototypical utility player Liam McCormick barreled through an opponent and a teammate at the same time with a reckless challenge, one reminiscent of Cameron Venables cleaning up Gavin Brown at a pre-season intra-club match in 1999 - and didn't Venables' career just take off after that?

(accusation of obvious corruption) And yet considering their utter dominance of our alternately meek and non-existent midfield, Bentleigh took their sweet time in actually finishing us off. That it had to happen after we had a goal disallowed from what looked like the worst offside call ever so far this year, only for Bentleigh to march up the other end and score again. 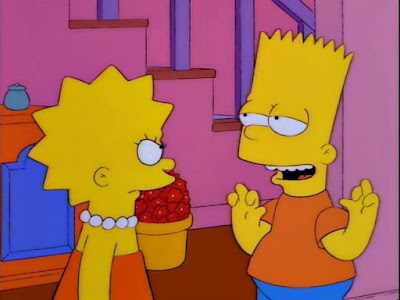 (irrelevant statistic) Having become engrossed in self-loathing, at some vague point during the second half someone had the gall to present the faux-insight that we had never led a Community Shield game until the 92nd minute, so that ipso facto, ergo, or even dorkus malorkus, we were still in the game. Terrible,m woeful logic.

(haughty derision) Phooey. As if we could somehow come back from 2-0.

(but here's the twist) We did actually make a game of it, when Milos Lujic managed to pull a goal back with five minutes of regulation time to go. Then some of our players and some of their players started punching on, wasting much valuable time and eventually delaying the finish long enough that I would end up missing the first available train back to civilisation. The People's Champ was in the thick of it, there were yellow cards bandied about it seemed mostly out of a sense of duty rather than a sense of the officials actually knowing what had happened and how to deal with the situation, and eventually the game resumed.

(premature disappointment) Leigh Minopoulos caused some problems as a substitute, and may have deserved a penalty when one on one with the goalkeeper and looking to level the scores. In the end, there was no penalty, no equalising goal, and no chance for us to lose in a penalty shootout. That in itself was bit of a letdown.

Other things worth noting
The bus stop for the 828 across from Cheltenham station has a new and improved shelter.

All things considered, the standard in the first half was actually quite pleasing. It felt like a real game, or very close to it.

This part of the south-east has the strangest try-hard homeboys I've ever come across.

Next game - update
Before our round 1 fixture eventually arrives against Bulleen on Monday week, we'll be playing Mornington away at Dallas Brooks Park on Monday February 6th, kickoff at 7:00PM.

Arrivals and departures (sometimes in that order)
Well, we finally have some closure on who is in the squad, and who is not. There were some surprises and left turns. Stephen Hatzikostas' time at South is over - absent for most of the -pre-season, he's found a new home at Green Gully. Francesco Stella, after being let go 'by mutual agreement', has ended up at Port Melbourne. Stefan Zinni has also been signed up Western Sydney Wanderers for the rest of this A-League season.

Meanwhile, the services of Andy Kecojevic have also been retained for 2017.

As per last time, the following players are known to be contracted for next season and the one after.


Players who have gone.

And one from where the pro-shop will be.

But also this!
You may remember that in my AGM summary late last year I made a note of the Swans moving their Melbourne offices into Lakeside. Here's a vague article about that,

Final thought
At least the woman working the counter at the bakery across from Cheltenham station threw in a free donut with my order. At least I think it was free.
Posted by Paul at 3.2.17