There's only so many times that you can fall behind to a rival in a calendar year and expect to come from behind to take the chocolates. A fourth time in a row was probably too much to ask for (especially without Andy Brennan), but where I would normally be sullen and introverted about our prospects, I still think we have turned the corner from the worst parts of our season. Then again, come back here later this week after the probable loss to Heidelberg, and I think I'll have changed my tune for the millionth time.

For all the talk that we were outplayed, that's only part of the story, because there were periods of the game where we were the better team. In the end it came down to two unforgivable mistakes in our defense, and a reluctance to play balls into the box early to get the Knights defense - hardly their best attribute - scrambling around.

The Knights seem to apply that old trick of taking it in turns to put in a yellow card worthy challenge, which worked yesterday but may not work in the future. For whatever it's worth, not that we deserved anything more than a point from the game, but I felt that standing right in line behind the goals of that late handball, that it was indeed a handball and that there was no reason for the Knights' players hand to be up that high. It's a matter of technique, and rather than explode at the referee, the Knights players, especially Chris May who went off like a bit of a pork chop, should be focusing on avoiding having their hands so high up in the air in the first place.

In the end of course May saved Stirton's relatively timid and badly placed shot - I was pointing at him to hit it the other way, so I'm absolved of any blame - and Knights won the game anyway. And while of course it's easier to be happy when you've won (or so I'm told), credit to May for genuinely applauding the South fans behind his goal; which is more than can be said for almost every South player, though they should be cut some slack I suppose for being devastated at dropping points right at the death for the second time in ten days. I'm as annoyed as the next South fan that we didn't take the chance to take top spot off Bentleigh, who have started to stumble in recent weeks, as well as being frustrated that penalty taking seems to have collectively spooked the side, but the race for the NPL national playoff spot is still well and truly on

Some thoughts on the match day experience, because Pave Jusup asked for them
Inconsistencies at the gate
Upon arriving at the ground with Ian Syson last week, the $3 car park fee was waived when Syson displayed his 2015 FFV season pass. This week, when I showed my media pass, I was charged $3. This seemed odd to me, but not a big deal , until it turned out that there were some people being charged and others not (Syson managed to get away with paying for example). I don't know what the regulations have to say (if they have anything to say at all) about whether pass holders (including players) should be charged for car parking, but it seems that the car park attendants should be instructed to at least be consistent in their approach.

Food
Unless you count the Butter Menthols I bought at Woolies before the game, of which I had about five during the game, I didn't have any food at the ground this time. This was in large part due to the fact that I took Gains to Sunshine Plaza so he could partake in the brilliance that is Sunshine Charcoal Chicken. There were no regrets.

Ambiance
While I am of the opinion that the game in and of itself is the match day experience, we live in modern times, and people apparently need to be geared up towards the match itself by the use of music. Of course everyone thinks that they are the world's most tasteful and under appreciated DJ, and forever most overlooked Rage guest presenter, and thus when someone gets the chance to be in the ground announcer's booth and choose the music they all think they're unleashing not just quality quality tunes, but also something educational.

Of course almost everyone who does this at any level has no taste whatsoever. The people who choose the music at more premium, top flight events are hamstrung by the specifications of corporate, family friendly, generic blandness, but the second tier allows you a bit more freedom. And yet who takes it? No, for some reason at Lakeside we are bombarded with house music and commercial r n' b, and this was even the case last week at Knights Stadium.

My many complaints about this have not gone unnoticed, to the point where I was allowed to choose one song for Lakeside last week (I of course went with Kitchens of Distinction's 'When In Heaven'). Yesterday at Knights Stadium instead of whatever crap they had last week, the DJ started off with Johnny Cash's 'Ring of Fire'. Not bad, though Mr DJ would have earned more hipster brownie points if he played the Anita Carter's (June Carter Cash's sister) version.

Then we had Van Halen's 'Panama', which I noted yesterday should be the nation of Panama's national anthem. OK, so not early Van Halen, but still pre-Sammy Hagar, so OK (see how I pretend to have an opinion on a division that I really have very little knowledge of?). Then more Van Halen ('Jump') which is probably pushing it in terms of variety. Then AC (lightning bolt symbol) DCs' 'Thunderstruck' from which point things went down hill. I hate that song. It goes nowhere and has nothing of what made AC/DC such a fun and often weird band in the 1970s. He may not have produced it, but I blame Mutt Lange, he who tried his best to take the fun out of rock music in the 1980s.

Then Queen, bugger me if I can remember which song except that it wasn't one of their three good ones (or failing that 'Bicycle Race'), and then I stopped caring. Overall 5/10.

Information, and/or the lack thereof
Last week when I went to Knights Stadium the ground announcer was very happy to note the Sydney United score during the Waratah Cup final, which United won. This week? Nothing. Was it an oversight? Did the fact that United were losing to Bonnyrigg have anything to do with the omission?

Spectator behaviour
Following some recent incidents at South games there were enough concerns about potential stupidity at this game that Knights put out a press release going on about codes of conduct when they could have easily narrowed it down to 'don't be a dickhead'. To which of course I churlishly responded with a Simpsons still.

If we're being completely honest with ourselves, the best way to control crowd behaviour in the VPL is to have the weather turn nasty, and the rain and the cold (even though it wasn't really that cold) probably kept a lot of people away that would have otherwise turned up to this game. For all their hardness, MCF bailed themselves up in the far end of the grandstand rather than their usual spot on Quarry Hill (and while my dad would have agreed with their stance, one of his peasant sayings comes to mind, that being 'είστε από ζάχαρη και θα λιώσετε;', and thus the three or so Clarendon Corner folk were a lonely presence on Quarry Hill during the first half.

The numbers for Clarendon Corner tripled during the second half, but there was no argle bargle of which to speak. I think everyone was scared of that kid who was standing out in the rain wearing shorts and a t-shirt. That kid was a hard muthafucka; either that, or he was trying to get a cold on purpose as to miss school today.

Next game
Wednesday night at Jack Edwards Reserve against the Bergers for a place in the Dockerty Cup final. This will in theory have been made tougher, because the Bergers' game against Green Gully yesterday was abandoned without a ball being kicked, giving them a few days extra rest. One of the insiders reckons Theodore will miss this week due to work commitments. How semi-pro is that? 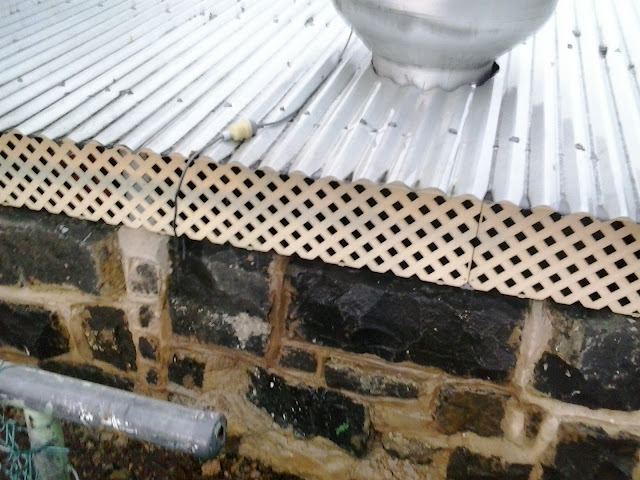 Kiwi Kapers Korner
So it turns out that Luke Adams' absence from South duties because of the Kiwi Olympic qualifying campaign was all for nothing. In a case of prime FFV grade shenanigans, the Oceania Football Confederation upheld a protest by Vanuatu that New Zealand played an ineligible player in their semi-final, and thus New Zealand were disqualified from the tournament. I feel for Luke Adams, I really do, because I'm sure he would have loved playing for his nation in the Olympics next year, but I also feel for South Melbourne because we really could have used Adams during this time of defensive difficulties. I hope Adams will be back for the Dockerty Cup semi-final.

I fear no reprisal

From the files of 'if it didn't exist, someone would have had to invent it'
Rather than go to the soccer on Saturday, I went and watched a student of mine play field hockey for Brunswick against La Trobe University, at the State Netball and Hockey Centre. Putting on my best impersonation of an AFL bigot at a soccer match, here are my thoughts on hockey.
It seems to be a game that's obsessed with trying to find a way to tell you what you can't do, rather than what you can. It would however be mighty greedy of me to ask them to change their game to suit my tastes, when I already have a game that has similar elements and outwardly similar aesthetics and which I enjoy on a weekly basis (and sometimes two or three times a week). As much as I was there was to watch my student play - she scored, her team won, double bonus - I found myself almost as interested by Brunswick's sweeper, an older woman who seemed to double up as coach at least in the way she marshaled and encouraged her troops. After watching Brunswick City vs Avondale Heights under 16s NPL last week, it was refreshing to see.

It was also my first time being at the State Netball and Hockey Centre (run by the same people who look after Lakeside), and I have to say that on the whole the facilities are very good. Many a third tier soccer team (which would be the equivalent of the game I watched) would appreciate access to something of that quality, even if it was only at a non run down Darebin. Our game was on court 2, which had more limited seating and cover than the much better court 1, but still had great lighting and even some terracing behind one of the goals. Overall, class biases aside, I'm not sure who's playing this game and for what reason when they could be playing soccer. It just seems so stifling, even if you have a fluoro hockey stick.