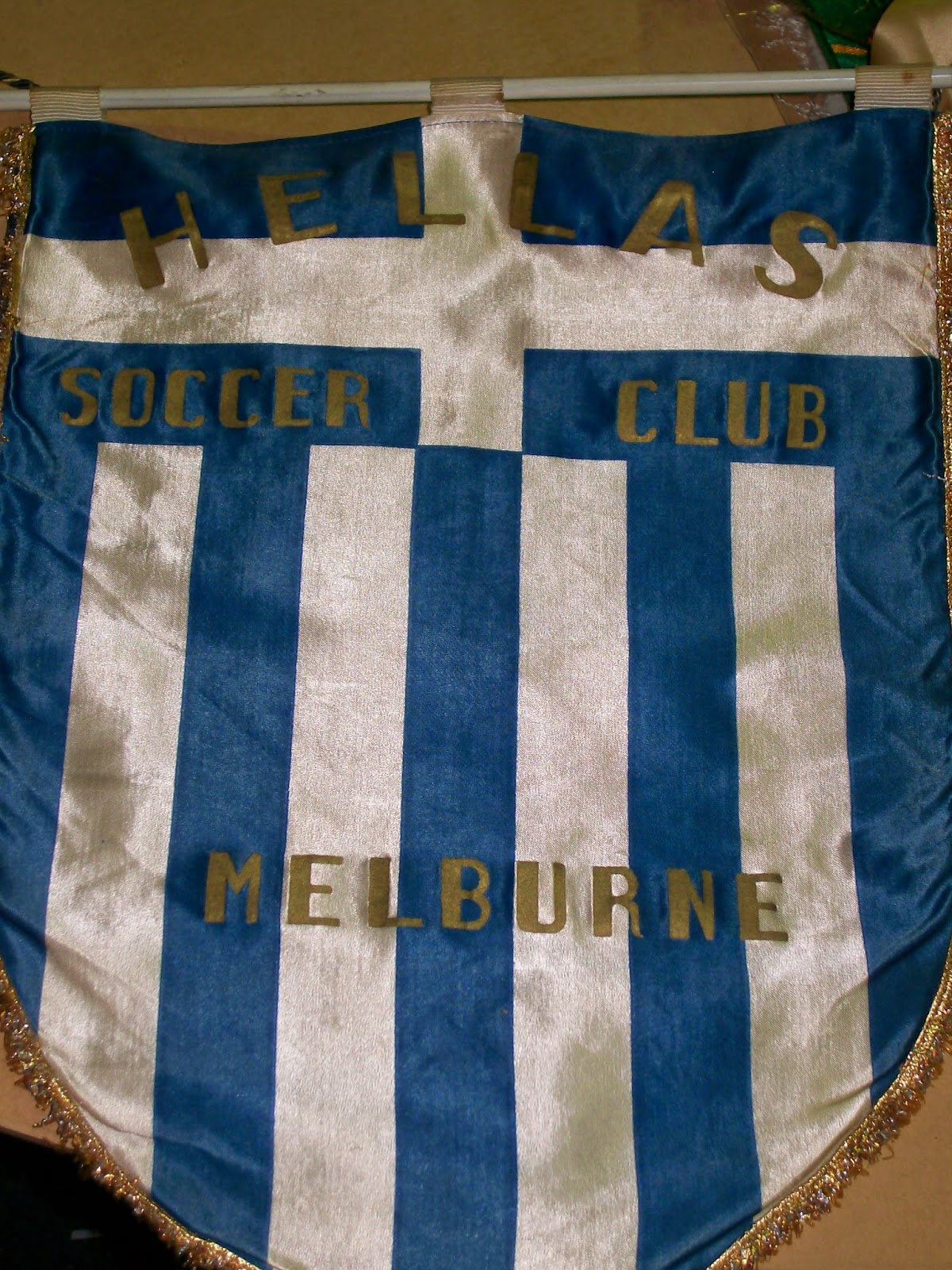 In lieu of the Kiss of Death having gone missing this week, I decided to pull out an artefact for a Friday instead of a Wednesday. This pennant was in the South Melbourne Hellas boardroom back at the old Lakeside offices, and I assume that it dates well back to our days at Middle Park. Most notably, it does not include the name 'South Melbourne' in any part of its design - could this mean that it dates back to the 1959 merger of Yarra Park and Hellenic to form Hellas, but before that newly formed club amalgamated with South Melbourne United in early 1960? I can't say for sure; perhaps it was a later Anglisised example of the club's Greek name 'Ελλάς Μελβούρνης', (Ellas Melvournis). All that I can say for sure is that it's one of our most beautiful and well made pennants - flimsy this ain't - and something that many if not most of our fans would have never seen.
Posted by Paul at 3.4.15