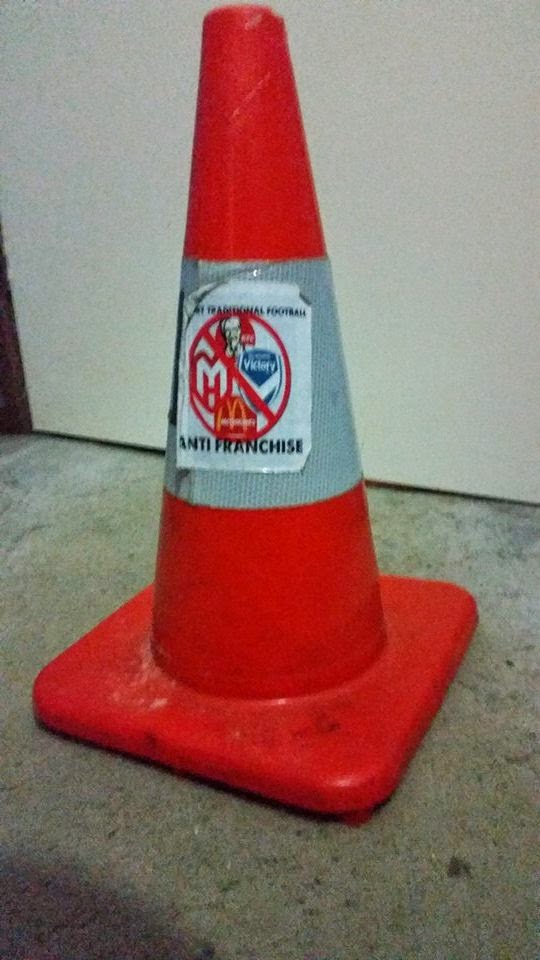 During an away trip to Richmond - I forgot which year, but research indicates it was this game in 2012, where I lost a beanie - this witch's hat, or traffic cone for the more politically correct among us, was 'liberated' from St Kevin's College, which is of course near Kevin Bartlett Reserve. Apparently the relevant liberator of this artefact was pretty drunk on the night when this action was taken, and was actually surprised to find it in his bed after waking up, notifying me via the rather appropriately surprised message, 'Dude I woke up this morning with a orange cone in my bed WTF'. I've actually been asking for a photograph of this object for some years now, only recently actually getting a photo after the big fellow re-found the object at the bottom of his wardrobe. The sticker on the cone is from the same set of five or so stickers as the two in this post, commissioned by a member of Clarendon Corner.
Posted by Paul at 11.3.15