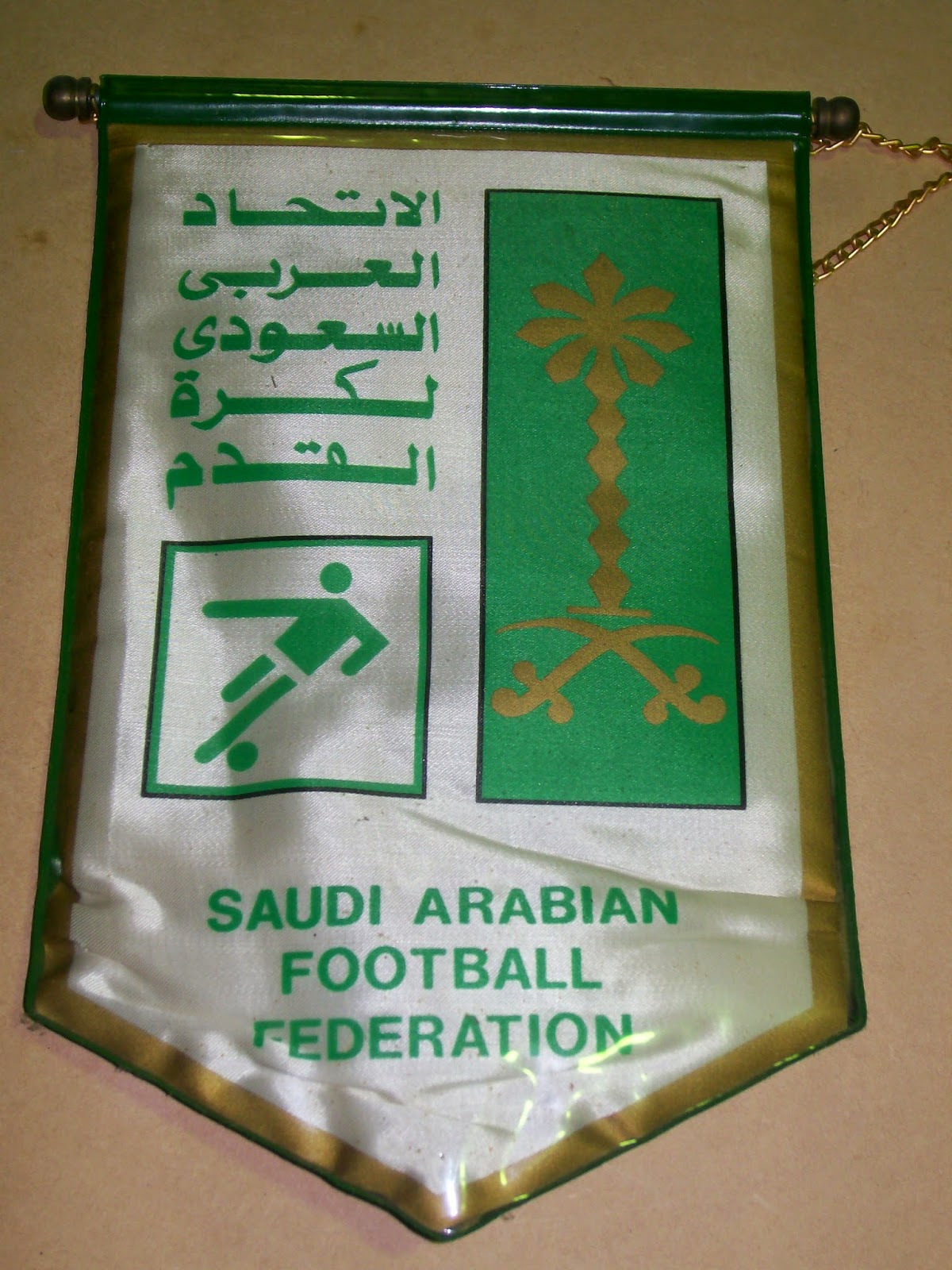 With the Asian Cup starting this week, and what with the Saudis even visiting Melbourne next week to play North Korea (in a totalitarian theocracy derby, how apt), this seemed like as good as time as any to post this piece of history.  Three years ago now, the Saudi Arabian national team used Lakeside as a training base in the lead up to playing what was for them, a must win game against the Socceroos in the course of World Cup qualifying. That stint included a warm up match New Zealand which turned out to be open to the public, a fact however that was announced too late for me to make use of. Anyway, I assume this was presented to us as a token of their thanks to us infidels for using the stadium. Is the drawing of the footballer on the pennant classifiable as a graven image? What about the date palm? I don't know; I'm no theologian. If you're anywhere near me in the good seats during the Melbourne based Asian Cup matches, come around and say hello.
Posted by Paul at 7.1.15