South vs Port. One came from the other, and yet the parent has ever outshined its bastard son. One just about did as much and went as far as an Australian team could, the other failed, in its own lesser domain, to take the oppotunities it was granted. Today's meeting once upon a time may have contained some spice, but these days both sides are far from their glory days.

With Port now two divisions below South and fielding a young team, there could only be one winner. South threatened throughout most of the match, and in particular a stylish first half, to absolutely destroy Port . Caldwell got the only goal in the first half, while poor crossing and the usual walk the ball in stylings of South kept Port in the game, and to their credit, they improved sufficiently to trouble South on a couple of occasions, but luck not being on their side they didn't manage to get the equaliser. The game was entertaining enough, but defensively there are still concerns. 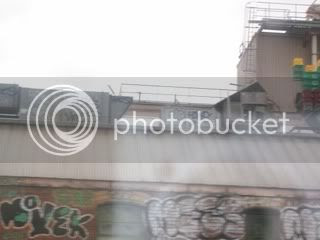 Poor picture I know, taken with a crappy camera while the train shook violently, but somehow despite that Crateman managed to get in the photo.
Posted by Paul at 19.1.08