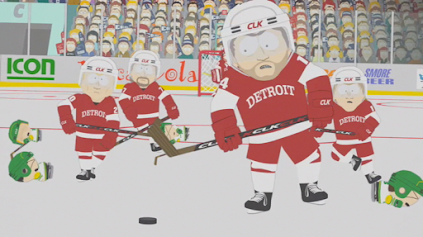 I assumed their return to action (also behind closed doors) against Bayside United was going to be on the Sunday, and then all of a sudden I see on the old socials on Saturday arvo that there were line-ups being posted and all sorts of things of the nature of "they're actually going to play very soon; like in a few minutes". And what do you know, within mere minutes of the kickoff they're 2-0 up, and then it just didn't dry up.
After that advance notice of South dismantling their opposition, I didn't stream any of it, not out of slackness or spite or carelessness, but because the whole thing seemed macabre. As the season rolls on, South's senior women add more and more top-shelf talent, and sides like Bayside end up being treated like Southern United.
Ten-nil it finished. South is completely entitled to crush any opposition it faces, and it would kind of be remiss of it not to flex all its muscles when it can. But, also, poor Bayside. What good does a result like this do for them, and for player development in local women's soccer? It probably does as much good for them as it does for Southern United, who no longer have senior representation.
Not sure what good it does for the development of the South players either. But I suppose they'll be happy to take the three points and move on to the next game.
Final thought
Here's hoping that we can get back to games by the weekend. I miss watching games in person, and I even miss some of you.
Posted by Paul at 21.6.21