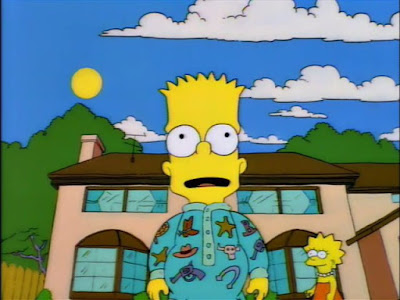 In the week leading up to this game there was the threat of storms both literal and metaphoric. Instead we got unseasonable warmth and a tough win by South to momentarily ease the pressure incurred by picking up only one point from its first four games, and not scoring for three consecutive matches.

The tight confines of Churchill Reserve, an effect amplified by the high fences around the ground, give a side out of form - and especially players not willing to go all in - little room to hide.

There's not much room to hide for spectators either, with the sun beating down, and a mixture of complicated sight-lines forcing people into the sun there were some novel improvisations - one old bloke who I assume had forgotten his hat took to grabbing a fallen branch with some leaves to shield his eyes from the sun.

(Being on the other side of the media gantry of a group of vocal Dinamo fans who ran the gauntlet between performing a chant to the tune of Kelis' 'Milkshake', to the desperately old and unbelievably and exponentially awful 'I'd rather be an Abo than a Greek', was also aesthetically and morally unpleasant. At least their heckling of Chris Taylor overshadowed most of what could have been mustered up South's fans.)

The last time St Albans were in the Victorian top flight was 2011 - and having just been promoted, they went straight down. In that sense they were both the best and worst opponent we could have faced given our current predicament. At least we got them early before the ground got chewed up by overuse. Apart from some timid attempts on goal, South at least came out in a determined fashion, bossing the majority of the game against a side already likely to go down.

The out of form and moon-boot wearing Marcus Schroen was out, after having picked up an injury during the Heidelberg game last week. He was ostensibly replaced by Leigh Minopoulos. Luke Pavlou was dropped to the bench, replaced by the more attacking Jesse Daley for his first starting appearance, with Luke McCormick taking up the central midfield role.

Former skipper Michael Eagar had his kit with him, but did not start, with the coaches preferring to keep Luke Adams and Carl Piergianni as the central defensive pairing. More importantly, Kristian Konstantinidis started the game, replacing Tim Mala at right back. Konstantinidis may have started more games this year - or at least, one would have hoped he would have - were it not for him missing a large chunk of the pre-season because of an overseas holiday. His inclusion yesterday provided a bigger and faster option at right back, as well as a welcome attacking option on the right hand side.

Jesse Daley was good. He was  a menace down the right hand side during the first half, and while he fell away a little bit during the second period - an obvious lack of match fitness affecting him - he was probably our best on the day. At the very least, his corner taking was consistent enough to suggest that he may offer a solution to our longstanding problem on that front. Keep in mind though that it was one game, on a small ground.

Leigh Minopoulos was quiet in the first half - though to be fair, the ball did not often go out to the left during the first 45 minutes - but came into his own during the second period, being dangerous along both the wing and along the byline. And although some of Leigh's shots were poorly directed, he managed to ice the game with a stunning long range goal.

It was pleasing that one of our players not only found enough space outside the box to take a shot, but actually followed through with it. The quality of the finish (keeping in mind that Leigh is the only South player to score from open play this season; yes, yes, small sample size) overshadowed some of the poor finishing during the rest of the day.

It would have been nice had that goal been scored ten or twenty minutes earlier, which would have eased the nerves a bit and prevented our supporters suffering irreversible heart damage. I suppose we should be grateful we got it anyway. In any event, no one's getting carried with a win like that, against the only team that was lower on the table than us. St Albans struggled for most of the game, and look like they're going to struggle for the rest of the season especially away from the tight confines of Churchill Reserve. It's a good thing that St Albans butchered two golden chances either side of our goal in the first half - a better team (not us, at least not at the moment) would have put those chances away, and the game would have been different. Otherwise, Dinamo rarely threatened.

There are still concerns for us. Through passes were often over hit, as they have been for most of the season thus far. Even given the smaller dimensions of the ground, those adjustments weren't made - though to be fair, we seemed more daring and accurate when sending long balls to Lujic. There were times, too, where we lost our shape and composure in midfield for periods of time that were quite noticeable. There were still too many instances where poor communication saw clearances - both on the ground and in the air - made  in such a rush that possession was gifted back to the opposition.

We got more numbers in the box than we have most of this season, but still too often Lujic would have to wait for support to arrive. Lujic's finishing is off, but he did well to win the penalty. Some or even all of these issues are par for the course at this level, but the point is to cut down on them as much as possible. While there were two or three standouts on the day, most of the rest of the team can't be said to have reached any great heights. A late collision with a St Albans player saw Nikola Roganovic on the ground for a long a period of time, but he played out the match.

I'm not prepared to throw these three points back into the ocean, mind you. It was a win that couldn't have come any sooner for us.

Next game
We enter the FFA Cup this week. We have been drawn against NPL 2 side Eastern Lions. The game has been scheduled for this Saturday as:

It is part of a double-header which includes Northcote City vs North geelong kicking off at 1:00PM.

Some people are discussing whether those who have purchased memberships will be allowed free entry. My information is that while we are the nominal 'home' team for our fixture, as it not a home controlled fixture at Lakeside, a South membership will not get you free entry into this game.

Ticket prices for this round of the cup are set at a maximum of $8 for adults.

This week's game will be also be streamed live on Facebook by the club.

Social club update
Things seem to be progressing at a fair clip now.

On the other hand...
While we're on the road for seven consecutive weeks (and probably eight with the cup match) to start the season, the AFL gets to use Lakeside to continue trialling its bollocks short format AFLX concept.

Even taking everything else into account (grand prix, possible desire to make full use of completed social club), it's not a good look.

Caption Competition
If any reader can come up with a better caption than West of the Quarry's effort, I will purchase them a drink of their choice at our next game.

Do they do that every week?
I wonder - do non-Greek teams in Victoria pull out the lamb gyro every week, or do they save that up for visits by Greek teams? I might have to do a more scientific study of this, but it does seem to be the case.

Nonsense verbalised thought bubble of the week
When players are obviously not communicating properly on the field, the call will invetiably come from the coaches and supporters yelling 'TALK!'. I know I've done it. But is talking enough? Would it be better to yell 'CONVERSE!'? Isn't what we're really asking for a 'MEANINGFUL EXCHANGE OF COMMUNICATION OF IDEAS, AND THE APPLICATION OF THOSE IDEAS INTO EFFECTIVE PRAXIS!'? Frankly speaking, I'm not sure talking is enough.

Around the grounds
The search for the mysterious Spicemarket goes on
Tossing up between watching the South women and a trip out to Paisley Park, I chose the latter. Ah, regrets. The fixture was an FFA Cup tie between Altona East and Rosebud Heart. The game was held on Altona Magic's side of Paisley Park, because East's side has had its surface relaid, and a new fence installed. This was not much of a game - Rosebud (newly promoted to State League 4) ran out of gas after twenty minutes, and East (grimly hanging on to life in State League 1) are dreadful. It took East until early in second half to score (a shot rebounding off the post into the path of a striker facing an open net), not that they looked much like scoring before that. When East got their second (shallow cross to the near post headed in a by diving player), I thought that would open the floodgates. It didn't. Rosebud managed pulled a goal back with about five to play (lobbed shot over stranded keeper), but couldn't muster enough energy to pull another one back. So in summary, East for relegation for sure unless something amazing happens - which could be as simple as Bendigo coming last in NPL2, their senior team folding, and therefore whoever finishes second last in State League 1 North-West might get a lifeline. How's that for optimism?

Final thought
After all that, we're still in the relegation zone, by virtue of being in the playoff spot.
Posted by Paul at 13.3.17