Even with a four o'clock kickoff, the heat of the day tended towards being oppressive. Quite why anyone was dumb enough to spend any time out in the sun, including but not limited to Clarendon Corner and quasi-affiliated persons, is a mystery. At least CC decided to move into the grandstand in the second half, which helped preserve certain persons' pale skin from getting burnt. The two teams required to be out there were not so fortunate - but they are nominally there for our amusement, not their own.

What can one say of the various performances yesterday? Milos Lujic seemed to just cruise through this game, putting in the bare minimum of effort - more worrying is the state of his finishing, with two first half headers he'd normally at least get on target being sent wide being particularly troubling. Jesse Daley's wonderful crossing exploits from last week went down the tube yesterday (relatively), but he was still one of our better players. Kristian Konstantinidis again played well - but for how long he'll be a free man remains to be seen. Leigh Minopoulos did OK, Matthew Millar provided little more than a physical presence, while the defence overall handled itself well, even playing out of the back with more confidence - although the opposition's tendency to sit too deep did make things easier on that front.

Skipper Brad Norton seemed to find his crossing range in this game, sending in some decent balls into the box, including one in the lead up to our first goal. A good switch of play from Carl Piergianni to Norton, who in turn sent an early ball which found Minopoulos deep in the box, who in turn cut a low ball in front of goal which could have been raffled by two South players, Lujic getting the crucial touch. Lions' defensive efforts weren't great in any part of this sequence, but credit must go to the decisive and accurate passing efforts of our players to make something happen here.

That goal saw Lujic became the first South player other than Minopoulos to score from open play for us this season, unless you're counting Lujic's goal in the Community Shield, which doesn't change the argument in any meaningful way - it's still Milos and Leigh doing all the heavy lifting on the goal scoring front. One could not possibly credit Jesse Daley with the second goal yesterday. His harmless free kick - not a cross, not a shot, not anything really - was heading safely towards the grasp of the Lions goalkeeper, when a Lions defender intervened to slice it spectacularly into his own net. That just about sealed the game. Nikola Roganovic had to make one low save, after our defence went to sleep from a free kick, but not much more than that during the second half.

Our finishing let us down again. After withstanding the best that Eastern Lions could throw at us, we should have won by more than the two goals that we did. But when you start from the low base that we have this season, you take the win and move on. One thing we seemed to do better in this match, and to a lesser extent last week, is move the ball around quicker than we have been doing. After watching the highlights of a certain higher profile fixture which took place last night, and the speedy ball movement in that game, clearly we have room to improve on that front. But it is getting better.

Looking forward to the next round of the cup, and while the draw hasn't been done at the time of writing, the odds of us being put up against an NPL team seem pretty good. Despite a couple of close shaves, every NPL team progressed except for the strugglers North Geelong (see this week's 'Around the grounds') and St Albans. As per Chris Taylor's post-game interview (complete with over the top gesturing in the background), we're going to have to play a lot better to make the inroads we're expected to in both the league and cup.

Next game
Oakleigh Cannons - who didn't seem to have any trouble putting away NPL 2 West's Brunswick City - away on Friday night. Just two away games to go before we head back to Lakeside. Speaking of which...

It is worth noting...
That this pending return to Lakeside is not only a matter of playing at home - but also the small fact of the players being able to train at Lakeside, instead of cutting a nomadic trail across Melbourne looking for any scrap of passable dirt on which to practice. It has not been an uncommon practice over recent years for the team to be away from Lakeside in the early part of the season, but this year has been particularly bad on that front. It's not the be all and end all of our struggles this season, but it's not not a factor either.

Social club rumours
No photos this week, but apparently progress is still going well. It's been suggested to me that the launch will effectively be a three day affair - the jersey night on the Friday before our first home game, then a family day on the Saturday, and our first home of the season on the day after. 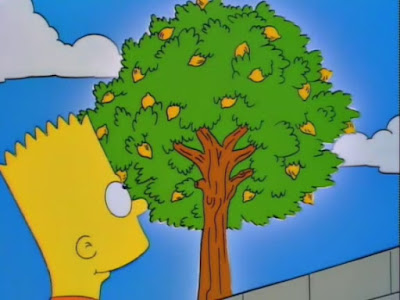 Great moments in 'I guess you just had to be there'
The hill behind the western goal at John Cain Memorial Park is gone, flattened to make room for a new pitch. The mess of a scoreboard that was on the far corner of that hill is also gone. The bandwagon that attached itself to Northcote circa 2011 is, as we're all aware of, long gone. But the lemon tree out the back of the grandstand is still there. When they get rid of that - and the 'no smoking' signs in the grandstand which no one seems to pay attention to - that's when Northcote City Hercules should just fold.

'Pull your finger out' sweeps
Around about the 80th minute. Let's be honest, someone had to say it at some point.

Around the grounds
Before
There were a lot of goals in this game. It was 2-2 at the end of the regulation ninety, 3-3 at half time of extra time, and 4-3 to Northcote over North Geelong at the end of the game. I was entertained. I was bored. I was distracted. In other words, it was an above average game of football entertainment wise, which fluctuated wildly quality wise. The truth of the matter is that Northcote should have won this in regular time. They had the better chances and looked more conistently promising in attack. If they were more intent on playing the through ball early instead of watching a teammate stray offside, they wouldn't have needed the extra 30 minutes to make sure of things. As it was, North Geelong weren't bad, but they created less and relied on two free kicks - one well placed, one stunning - to keep them in the game. Eventually North Geelong ran out of gas and ran out of time.

After
If nothing else, going to Olympic Village after our game proved that there is a such a thing as too much soccer. Heidelberg United vs Moreland Zebras - if not the chance for an upset, then perhaps at least the chance for a competitive game? Nope. Heidelberg controlled this game from beginning to end, and two goals in each half did the business for them. Crowd? Maybe 200 at a pinch, but not much more than that. Atmosphere? Flat as a tack, except for 10-20 Zebras fans who were more intent on blaming the ref than their own team for doing so badly; one chant of 'A-A-Lexandros' late in the game; and Heidelberg Harismidis running up and down the outer wing. All of which goes to show that, unless it's a marquee affair, the FFA Cup is hardly a panacea when it comes to resuscitating interest in the lower leagues. Still, like FFA and its friends in social media circles when they count the same participant three times for their participation metrics, my attendance at three games yesterday did its bit for artificial inflation of the metrics of spectator interest in Australian soccer.

Final thought
South of the Border was saddened to hear of the death during the week of Paul Henning, the father of SMFCTV host (and friend of ours) David Henning. It was always a pleasure of mine to have even the shortest of chats with Paul at a South game, whether the topic was footy, the vagaries and minutiae of teaching at a tertiary level, or even (gasp!) rugby union. My deepest condolences to 'Dubs' and all those close to Paul Henning.
Posted by Paul at 19.3.17