As has been noted by several bright sparks, unlike our 2-2 draw on the Veneto Club's synthetic field in our last league outing, this time we couldn't even blame the state of the field, which was in pristine biological grass condition.

After this game I tweeted that I had no words for what had happened, and three days later I still don't really have much to add - though some of that may be down to emptying the word well with that AGM summary. Nevertheless, one moment I was discussing surrealist hardcore screamo (bulimic rainbows vomit what?) and the greatest forgotten animated series of all time, happy to have what looked to me like a comfortable lead; the next moment we've copped five and barely threatened the opposition goal.

There are many degrees of humiliation to be suffered in the NPL (and before that, VPL) for a South Melbourne Hellas fan. Just being here, for example, is horrible. Being mistaken for a North Melbourne fan when traveling on public transport, that's more at the minor end of the scale. Somewhere at the extreme of the humiliation scale though, is the moment when opposition supporters who have no history of chanting, start chanting. On Thursday night, that's how low we fell.

Maybe we didn't deserve to be 3-1 up at half time. Maybe we did. Nevertheless, that's where we found ourselves, and even if we hadn't quite deserved to be there, seeing as how we were there, shouldn't we at least have managed to come out of this with a point? Instead five second half goals later, we all walked out wondering what had happened, and trying to remember the last time we copped six goals - which of course was that nightmare loss to Sydney Olympic after we returned from Brazil.

But back to humiliation. There were so many ex-South players and personnel involved with the Richmond squad which slaughtered us on Thursday night. Most painful was Jake Barker-Daish scoring a double, after he had done stuff all for us last year, and Nick Niagoran who also bagged a double. Niagoran was a former junior for us, who I remember clinching the 2011 under 21s title for us with a belter of a goal in the last round. He and many from that squad departed for Malvern with then 21s coach Gus Caminos, and Niagoran joined Richmond during this off-season. Of course that doesn't mean Niagoran will do anything for the rest of the year, and he did get sent off, too. But if the classic and often correct assertion to young players or former players is to prove their former club wrong, well on Thursday night he at least did that.

In the wake of the loss, ascendancy has been given to those who doubt the team and the coach. That's to be expected, and goodness knows they shouldn't be immune to criticism after putting in a performance like that. Still, some of that material did come across at least as a little bit pre-prepared. While some of the arguments about the game style and tactics have merit - we probably do rely too much on a counter attacking style, and on Thursday especially we did gift Richmond far too much time on the ball because of our refusal to press - but some of the rhetoric almost seemed to take a kind of glee in being 'proven right'.

Some of the criticisms of the personnel involved will almost inevitably miss the point that for the past two and a half years - including the earliest parts of this league season - the players have actually done quite well. We're actually still top of the league (on goal difference), and while you can make all sorts of quite sensible points that we've played two of the three promoted sides and the already doomed Northcote in those five games, I'd still rather be where we are than every other team in this league.

Of course if we get tonked in the next game, I will join the bandwagon of negativity so I can be with all the cool kids.

An alternative theory as to why we lost

@PaulMavroudis I'm putting it down to karma for me being banned on smscboard and blocked on twitter #CurseOfTheBoombino
— Mark Boric (@MarkBoric) March 24, 2016

Next game
Hume City away on Saturday night.

Flares. in the plural sense
After one was lit by someone in the vicinity at Clarendon Corner against Bulleen, another was lit in the dark corners of Kevin Bartlett Reserve after we went 3-1 up. It was hard to tell if it was lit inside our outside the ground. Either way, the potential return of this trend is not something I want to see.

Just quietly, I've written a piece on flares which has been accepted by Thin White Line magazine for their next print edition, which will won't solve any of the problems.

International year of the fence

Not quite what is used to be though - apparently the gate that used to lead onto the freeway, in order that stray balls could be retrieved, has been removed. - See correction in the comments section.

Andy Brennan watch
Those hoping that there may be a chance of luring Andy Brennan back to South will be interested to note that he finally made his A-League debut yesterday for Newcastle Jets, coming off the bench in the second half.

Around the grounds
#findyourlevel
Headed out to Campbell Reserve for the Sydney Road derby between Moreland City and Brunswick City, and the game did not disappoint! The reserves game was very entertaining as well, so all round it was very worthwhile trip out to Coburg. Oh, and we managed to snare a spot in the premium seating section

Brunswick deserved their 1-0 wins in both the curtain raiser and the feature game, though they both had some drama. Brunswick's under 20s needed a second penalty late on (after having an earlier one saved) to win 1-0, and their seniors despite being the better side also needed a bit of luck; this time a horrible mix up between Moreland's keeper Brandon Galgano and one of his defenders, as well as a double penalty save from state league veteran Wes Coles. Ian Syson and I also toyed with the idea that we should be more forgiving of players at this and similar levels, reminding ourselves that when these players screwed that it was almost a statistical certainty that they would do so. After all, if they were more competent, they almost certainly wouldn't be here in the first place. Now, the next step is to somehow work 'find your level' into a marketable slogan for the NPL as a whole.

RIP Barry Hines
British writer Barry Hines - mostly associated with writing on working class lives in England - died the other week. I wrote so-so review of his debut novel The Blinder, a couple of years back; in short, the novel has the hallmarks of a debut, but is still definitely worth a read. 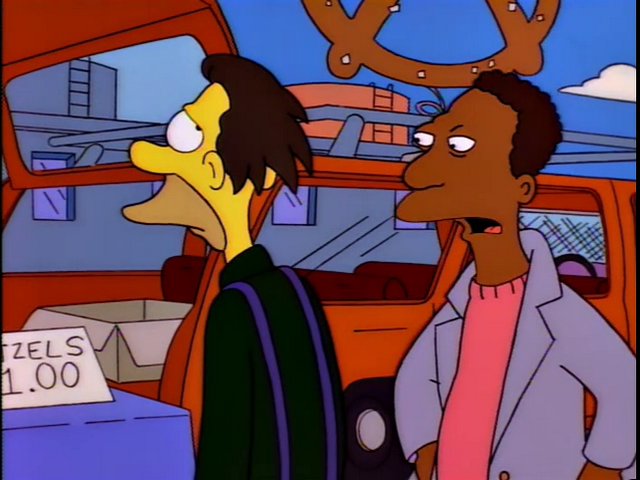