The results of very novice hoarding

Bit of a slow time of year, isn't it? Not much going on for this blog to report on. So let's go back in time a bit, and relive some highs, lows and mundane parts of South history. 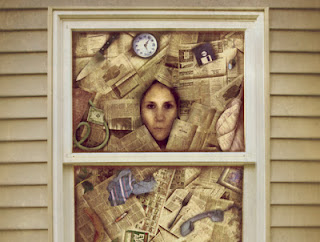 While doing some cleaning, I came across some old copies of Neos Kosmos English Weekly from 2001 and 2002. I don't know why I was collecting them, and I'd forgotten I'd even had them.

By contrast, I remembered that I had a half dozen copies of the AFL's Football Record. Goodness knows why. Biggest waste of money, but those were the days before you could get them all online.


You can rest assured that I'm no hoarder - it was just some stuff that had gone from drawer to shoe box to slightly less worn shoe box and so forth for about a decade or so. Then again, I have to share this place with four other people and their crap, so proper hoarding is not so much of an option.

There was other stuff, too, such as:
But none of that had any specific mentions of South. There were only four articles in that lot to do with South at all, and for the most part it's routine stuff. Thanks to my bro for scanning, cropping etc.

The first article is about one time South VPL player Evan Karavitis, when he was just a fresh faced youngster at the Victorian Institute of Sport, looking to make it big in the world of soccer. He got called up for one of the national underage teams, along with a bunch of other hopefuls including then South junior Stefan Piorkowski. Kristian Sarkies is there as well. Some bloke called Postecoglou was in charge of things. According to some basic research, the bloke couldn't coach his way out of box of corn flakes.

The second article is from when we 'miraculously' stormed into the finals of the 2001/02 season after being just awful for about half of it. Much harder these days to have these kind of occurrences when more than half the teams in our national competition qualify for the finals.

The third article is about Paul Trimboli looking to stay at South. Also has some bits about Steve Blair getting involved with the administrative side of the club.

The final article in this collection is about South's first home game of the 2002/03 season, and the difficulties Zeljko Susa had in getting a clearance from his club in Croatia, even though they no longer wanted him.
Posted by Paul at 2.2.13