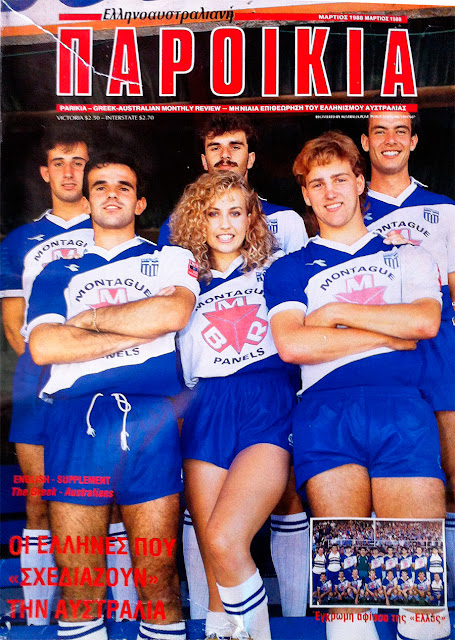 Usually this segment (when it bothers to run) doesn't go full bore with the images, but this is a bit of a special edition.

One of our readers, Kon, has recently moved house and needed to take some South Melbourne Hellas memorabilia with him, including some posters from 1988 and 1998. In his own words:

"One of the posters hung proudly in my dad's garage for 27 years. Dad passed away in 2009, an avid SMH supporter since 1964 - from memory, the last game we attended together was an away game in Heidelberg sometime in 2007/2008. His last SMH triumph was in taking his 5-year-old grandson to the final against Altona Magic back in 2006.

After 45 years at the same address, we sold, packed up and moved out of our family home. Memories. Of course, I had to take the posters with me. Damn shame I couldn't salvage the 'Barbaresso Ouzo & SMH, a great combination' sticker that was fixed to the door of the outside laundry."

Not that I keep up to date with all the different Greek language publications that exist and have existed in Australia, but Ελληνοαυστραλιανη Παροικία ('Greek Community') is a new one to me.

There are people out there who watched South in this era, who seemed to like this jersey. I can't say that I am one of those people. But the poster (see immediately below) is nice, and probably not one commonly seen. 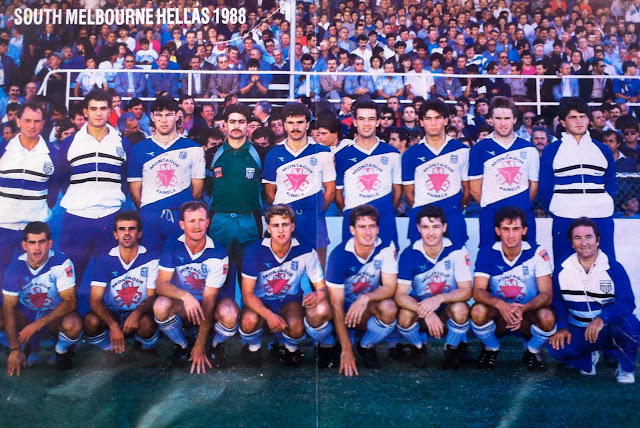 The other poster and the news article spread are from just before the 1998 grand final. The juxtaposition between the two eras is interesting. Uniforms, stadium, branding, cultural emphasis. How the boast of 'not just a name, an empire' in 1998, even before we'd won the title, proved half true for a few years, but soon turned to dust. 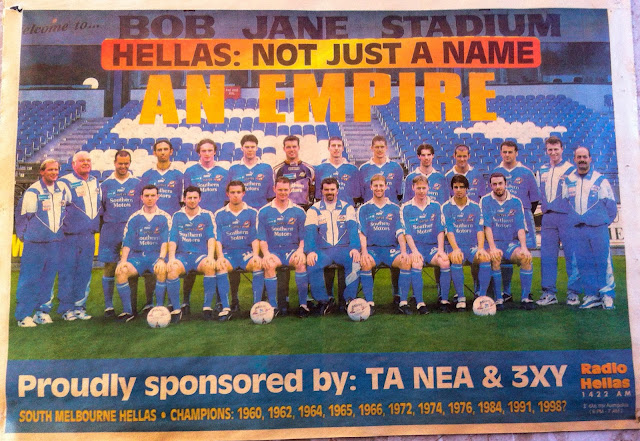 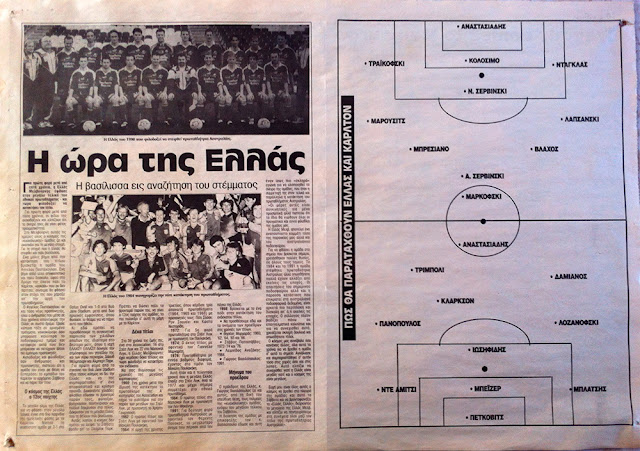 As noted earlier, one bit of memorabilia which Kon and his family couldn't take with them to their new address was the sticker below, as it was stuck to the door of their laundry. But here it is preserved for posterity.

Thanks once again to Kon for sending these images our way, especially the sticker.

Lastly, since I am no good with putting names to faces, it'd be nice if all you old timers could list the players and staff members in each photo so I can create some complete captions for each image.