'You have to listen to the notes she's not playing' someone once said, that someone being fond of the kind of obtuse jazz misdirection that only the dedicated and most initiated claim to understand. Me, I like my footballers to be more straightforward. In other words, I miss Andy Brennan, and I'm not sure the team will be able to adjust and cope to life without him, which is a horribly over the top kind of observation to make about a bloke who played just a handful of games for us. But I should probably stop before this becomes a full blown love letter, and talk a little bit about the game,

Someone made the point about last night's fixture that we never win easy at Dandenong, and that's true enough; but that doesn't mean we couldn't start doing so. Instead what we got was not so much a grind, but a hanging on for dear life experience. Having said that, our first half was better than our second, and we sort of managed to wrest the game back a little in the last ten minutes or so, so it's not like it was one monotonous onslaught. Still, quite how we managed to get the win is one of the great mysteries of life (except for the fact that good teams around the world win ugly every week and no one really bats an eyelid except the most hopeless chinstrokers).

Fraser MacLaren, fresh from his 90 seconds of cup action the week before, started his first South game for the suspended Nikola Roganovic. He was also our best player, as an increasingly overwhelmed midfield struggled in preventing Thunder from dominating possession and territory. forcing MacLaren into making many, many saves. Being at the other end of the field in both halves meant that it was sometimes very difficult to tell what was going in our defensive third, but it all looked very concerning nonetheless.

The other notable inclusion was at the other end of the field. Kiwi Andy Bevin made his debut for the club, playing about an hour's worth of the game. While he looked comfortable on the ball, let it be quite clear that he is not even remotely a like for like replacement for Andy Brennan. Where Brennan's primary weapons were speed, strength and a willingness to have a go, Bevin looks slower, smaller and more likely to use on the ball trickery to achieve his ends. To that end, he'll likely end up playing a more Jamie Reed style of game dragging defenders away from Milos Lujic, while also hopefully becoming a handy six yard poacher sort of forward.

This means that Leigh Minopoulos will likely get more first team starting opportunities, as he did in this game playing out wide on the right. It also means that we should be prepared for at least some short term pain as the forward half of the field learns to adjust to the the new post-Brennan style of play that will be required from the team. Milos Lujic spent a good deal of the night being visibly frustrated at the sketchy service and lack of synchronisation.

Because Brennan played along the wing as well as up front, the midfield will also have to adjust to life without its biggest body, after already having lost Eagar from the short lived defensive midfield position that he occupied at the start of the year, and which he had to give up to return to centre back after Kristian Konstantinidis' injury. For his part, Eagar, back this week after missing a couple of games because of his botched attempt at collecting a yellow card against Oakleigh, managed to get a yellow card for time wasting in this game, which will see him miss the midweek cup match but also belatedly wipe clean his yellow card slate.

When we weren't struggling to regain and retain possession, there was space for the wingers to move in, even if they lacked Brennan's decisiveness and too many attacking moves became undone because of it. As ineffective as we were for much of the game, Iqi Jawadi's decisive goal into the top corner and well out of the reach of Zaim Zeneli was something worthwhile to take out of the game, not just for it being the winning goal, but because it's another notch on Iqi's belt as far as goal scoring is concerned. While no one really wants or expects to shoot at will, the fact that he's put away a few goals this season means that the monkey that he carried on his back last year of not scoring goals is now done with.

Anyway, we got the win, I saw a (Brisbane) Easts Rugby Union bumper sticker on a car, and I avoided food poisoning. On exiting the ground, one of the locals scoffed at our being top of the table, and he maybe had a point, but we had three more to add to the 36 we took into the game, so he can stick that in his pipe and smoke it. Geez, that's a little harsh and unsporting. A more circumspect way of summarising it would be to say that, from our point of view, it was a pretty forgettable game apart from the goal, and that we move on to the next game.

Dockerty Cup news/Next game
We have drawn Frankston Pines in the quarter finals of the Dockerty Cup, which also doubles as the last stage of the FFA Cup state based qualifiers. Without meaning any disrespect to Pines, this is the best result we could have hoped for. The game has been scheduled for this Wednesday at Lakeside, kickoff at 7:30. 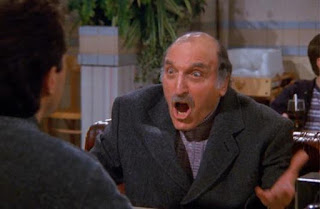 There was a faithful dog that was eagerly awaiting a greeting and a pat on the head from its master, but which became sullen in the way that poorly treated dogs do when it didn't get one; the aforementioned dog then got upset at me for making a minor major and hilarious deal out of it, even after had I opened his can of Solo, because that's the kind of guy I am, always doing nice things for people.

Contractual obligation segment
It came to my attention this week that the one or more of the Enosi 59 crew have created their own web space of sorts, and it would be remiss of me not to acknowledge its existence at least on this one occasion; after all, I did even mention SMFC Mike's podcast that one time. I'm not a fan of the ultras scene or mentality, but for those who are more sympathetic to those kinds of angles, the link has been placed among the South links here.

But before I go, I will make one comment. Now I readily acknowledge that people are free to make their own choices in life, but a brotherhood with Sydney Olympic fans? Really? I don't know about that fellas. That's the generation gap for ya though. 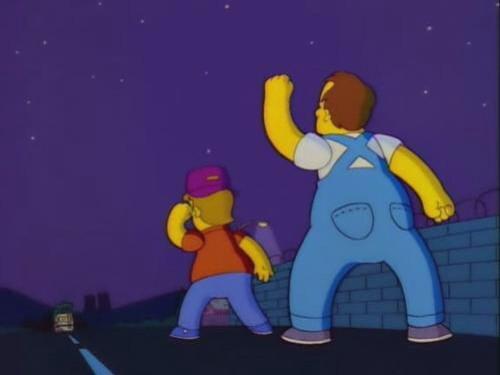 Around the grounds (guest spot by Manny)
Not sure if this is cheating or polygamy but it feels good.
I didn't plan to go anywhere on Saturday - exams supposedly had me locked into study this weekend, but as they often do, plans fell through and I found myself somewhere I wasn't planning to be. That place was Dunstan Reserve to watch Brunswick City take on Melbourne Victory.

Being a five year member of Melbourne Victory as well as the fact they were topping the ladder in their first NPL1 season made me feel obligated to check them out at the park around the corner. 'Park?' I hear you ask. 'This is an NPL venue... blah, blah, blah... FFV standards... blah, blah...'. Yeah well, for those who haven’t been there, Dunstan Reserve is a park. A great state league venue but a perfect example of the infrastructure shortage 'elite' state clubs suffer, or perhaps a perfect example of the FFV’s lax entry requirements. I’ll let you decide on that. Anyway, Dunstan Reserve is a park - but what a park. The club rooms are full of trophies and memorabilia and the limited terraces on the corner of the pitch outside the clubrooms scream a club that wants to be bigger. It’s a club I played for and despite my many, many issues surrounding club management/coaching/administration/culture it’s a club I support.

So there I am, chatting to my mate as he lazily officials the match, and surrounded by my small group of cousins and friends who also dropped by to watch our relative in the under 20s. I’m wearing my South scarf to a game against my junior club and the club I’m a member of... what a confusing mix for everyone.

Brunswick have had a tough year to put it lightly... (refer to above issues surrounding club management/coaching/administration/culture) and Victory take the game away, scoring four goals in the opening 15 minutes to put the result beyond doubt. Despite the embarrassing result for ‘Leonidas’ I look towards the Victory fans with disdain, to the modest club rooms proudly, and am there to support Brunswick. How could a member who has poured hundreds of dollars and invested hours of time into a club turn his back on them? Well, like just about everyone I support multiple clubs but unlike many people it just happens that this year those clubs are in the same league.

I'm not the only one. With the introduction of A-League teams in the NPL and the FFA Cup many fans are having their loyalties challenged and the results are surprising. More often than not I find people are choosing their local teams and that choosing an A-League team to support is partly just to be part of the fun of a national league.

Most fans have the luxury of not enduring the internal conflict that happens when their teams compete against each other. Often these loyalties cross international borders and occasionally sport codes so that these conflicts just about impossible. People live through sport. They use it to seek community and success and diversifying your investments mitigates the risk of going all in on one team, in one league, in one sport.

Next year however will be interesting and challenging for many. With Victory likely to be promoted, a match up against South Melbourne is inevitable. Although not as heated as a senior match up would be (in the FFA Cup for instance) there will be conflict nevertheless, especially given the all too complicated context such a much will be played against.

Can a South fan also be a Victory fan? I know I am, but unlike other supporters it was actually Victory that introduced me to soccer supporter culture and South that stole me away. I’ll be supporting South when we play Victory and that'll be for many reasons some of which I know, some of which I can't quite explain. What I can say for certain is that I can’t wait for that match to happen.